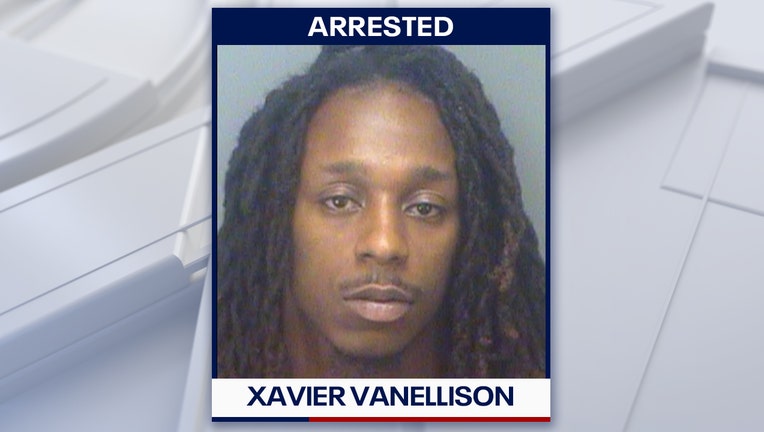 LARGO, Fla. - An Oldsmar man was arrested Thursday for human trafficking and having a sexual relationship with a 16-year-old girl, the Pinellas County Sheriff's Office said.

Xavier Vanellison, 27, was arrested on multiple charges, including human trafficking, unlawful sex acts with a minor, multiple counts of promoting the sexual performance of a child and more, deputies said.

Investigators with the sheriff's office said they found the 16-year-old on July 7 after she'd been missing since March 23. Detectives found the teen and Vanellison at the Tampa Bay Extended Stay Hotel on Ulmerton Road in Largo – the 27-year-old suspect was found hiding in a closet in a hotel room.

Detectives said they learned the girl was posted on websites and social media platforms to offer escort services. The 16-year-old also told investigators that she met Vanellison around May and started working for him by engaging in sexual acts for money with other men, PCSO said.

Vanellison is also accused of engaging in a sexual relationship with the teen, taking explicit photos of her and creating profiles and advertisements for sexual acts with her, deputies said.

Detectives arrested Vanellison on Thursday for multiple charges, and he was taken to the Pinellas County Jail. Deputies said the investigation remains active.