Irving police: No charges, for now, after 8-month-old girl died falling out of car

Irving police say a baby ejected from a moving car and struck by another driver was not secured in a child safety seat. In fact, police say none of the four children inside the car were secured when a back door opened, and the baby fell out.

IRVING, Texas - Irving police say a baby ejected from a moving car and struck by another driver was not secured in a child safety seat.

In fact, police say none of the four children inside the car were secured when a back door opened, and the baby fell out.

But police, for now, are not charging the mother involved. They say they are not treating the case as a hit-and-run.

8-month-old Kassidy Smith was struck and killed by another vehicle on North MacArthur Drive near Ranchview Trail about 10:30 a.m.

Police are looking for the driver of a black sedan but say they don’t believe that person knew they hit the infant.

As the mother was turning left onto Ranchview Trail, the right back door somehow opened and the 8-month old girl fell out of the car. Then, another car ran over the child.

"They thought it was a baby doll falling out of the car," Reeves said. "They saw the other vehicle drive over the child. And that’s when they realized it was a child and the driver stopped.

And while the witness stopped, the person who drove over the little girl kept going.

"We think that someone knows they ran over something. They just might not know what they ran over," said Robert Reeves, Irving PD. "They might have thought it was a package or an animal possibly, and they just ran over it and kept going."

Irving police asked for anyone driving in that area Sunday morning to come forward with information so they can look at the car involved. Several witnesses saw the accident and called 911, and some also tried to help revive the child. Police are checking nearby businesses for surveillance video.

Police said in addition to the infant, there were three other siblings in the mother’s car -- ages 2, 3 and 6. They said none of the children were properly restrained in car seats, despite there being two car seats in the car.

Police are still investigating how the door opened and the child fell out. The Texas Department of Family and Protective Services is also investigating.

As for the mother, she could eventually be charged with child endangerment.

"There's a range of potential charges she could be facing," Reeves said.

Just a day before the fatal incident, Irving police had a seat safety workshop for parents of young children.

Reeves says in the wake of this, they will likely plan another one.

RELATED: 8-month-old fatally struck after falling out of moving vehicle in Irving 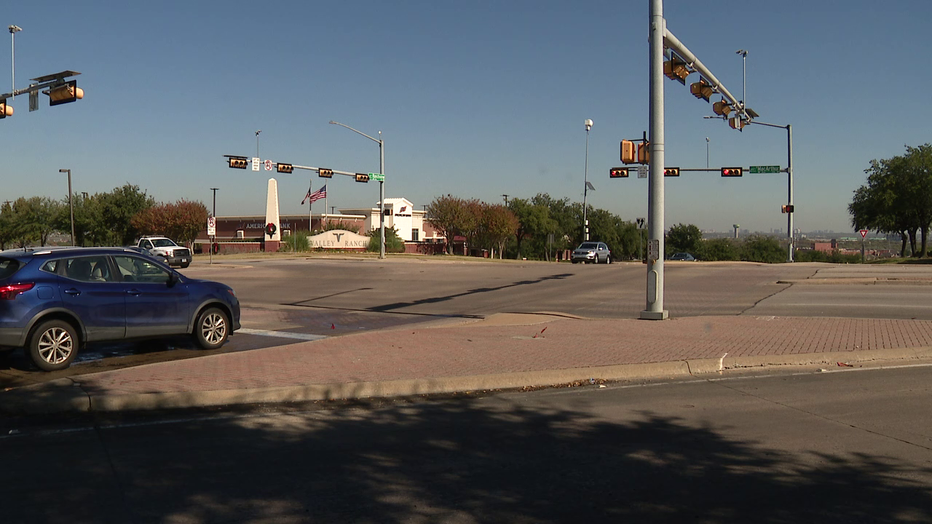