The former president suffered a minor pelvic fracture after falling at his home in Plains, the Carter Center said in a statement.

Carter suffered a minor pelvic fracture and was hospitalized for observation, the Carter Center said Tuesday.

“He is in good spirits and is looking forward to recovering at home,” a statement from the center reads.

The former president fell at his home earlier this month, receiving 14 stitches above his eyebrow and bruising. Despite the injury, Carter and his wife, 92-year-old Rosalynn, still helped build a home with Habitat for Humanity in Nashville, Tennessee.

Carter, who turned 95 this month, is the longest living president in U.S. history — surpassing George H.W. Bush this spring. 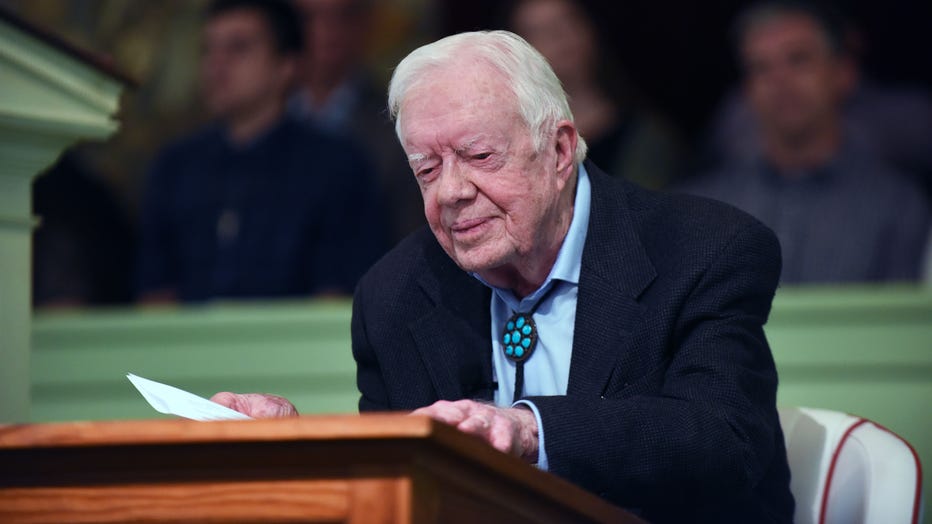 He and his wife recently became the longest married presidential couple after more than 73 years. The 39th president also survived a dire cancer diagnosis in 2015.

During a recent appearance at the Carter Center, he said the job of president requires one "to be very flexible with your mind," especially related to foreign affairs.

"I hope there's an age limit," Carter told the crowd with a laugh. "If I were just 80 years old, if I was 15 years younger, I don't believe I could undertake the duties I experienced when I was president."