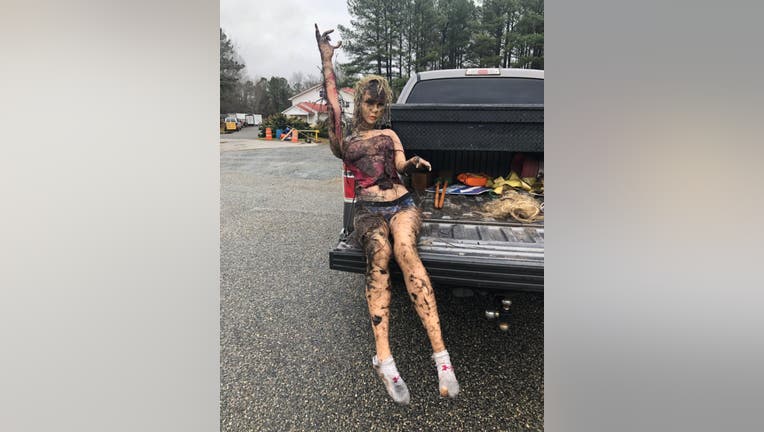 JONES COUNTY, Ga. - Deputies made an unusual discovery when they were called to a body found on a Georgia national forest trail.

The Jones County Sheriff's Office say on the afternoon of Thursday, Feb. 3, deputies were sent to the Hitchiti National Forest after reports of a body in the park.

Searching the scene, deputies found what they thought could be the body of a woman wearing white socks, but it turned out to be a life-sized doll "complete with accessories."

Officials say the deputies collective the evidence and brought her back to the sheriff's office after determining that thankfully it was just a case of littering.

"The victim, now named Selena, is a little under the weather, but she has been having a nice day and is expected a make a full recovery," Jones County Sheriff R.N. "Butch" Reece joked on Facebook.

Reece said they won't be investigating who left "Selena" in the park, but he asked whoever is responsible to dispose of their items in a better way next time.