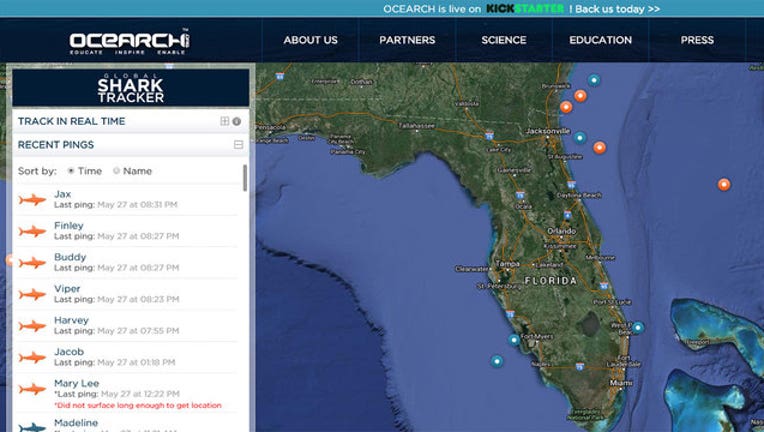 Florida Today reports that shark's satellite transmitter pinged near the Florida-Georgia border on Sunday and then near Daytona Beach on Wednesday.

Chris Fischer, founder of the shark-tracking group OCEARCH, says Katharine's movements over the past two years demonstrate a transition from an immature shark to a mature shark. Scientists believe she might be pregnant.

OCEARCH researchers captured Katharine off Cape Cod, Massachusetts, in August 2013 and attached a transmitter to her dorsal fin. She measured 14 feet, 2 inches long and weighed 2,300 pounds.

The next year, Katharine became OCEARCH's first Atlantic great white shark to migrate past the Florida Keys into the Gulf of Mexico.