KENNESAW, Ga. - A Kennesaw Boy Scout has spent months collecting hundreds of worn and tattered U.S. flags. He plans to use them to honor veterans who don't always get the attention they deserve.

"When flags get torn or when they touch the ground they're supposed to be retired by burning," said Jacob Johnson.

Johnson neatly folds all the flags that are ready to be retired. He will then turn them over to a local funeral home.

This is Johnson's Eagle Scout project. The U.S. flag has played a big part in his scouting life.

"Beginning of every scout troop meeting they fly the colors, say the pledge and bring them down after every meeting. They learn a lot about the honor and how to properly retire the U.S. flag," said Justin Schuller, a former assistant scoutmaster. 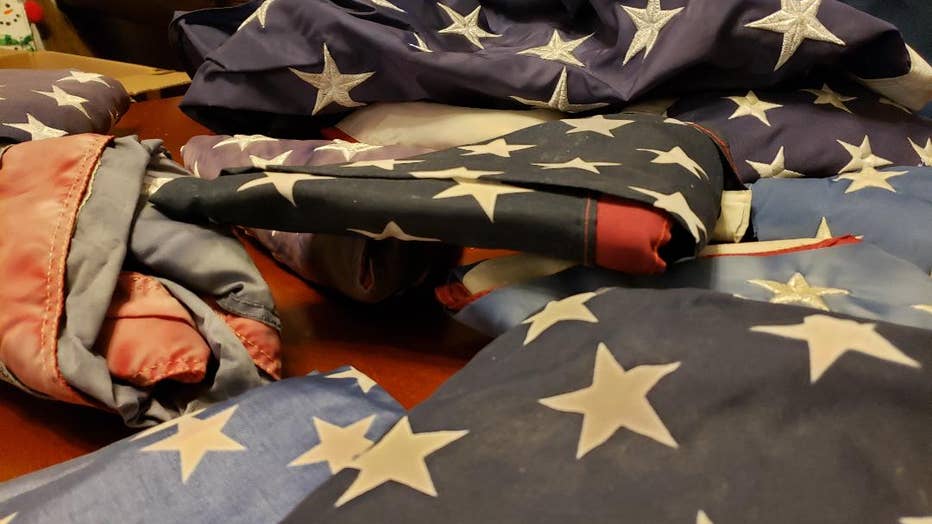 Johnson has already collected about 250 flags. His goal is 500.

"Georgia Funeral Care in Acworth does about 500 veteran cremations a year, so we're trying to get enough flags to cover one full year of cremations," said his mother, Julie Johnson.

Johnson knows that when veterans are cremated they don't always get the same military ceremony as if they were buried. Johnson's great grandfather was a Navy veteran who served in World War II.

"He passed away and was cremated and didn't have the same honors as those who were buried," said Johnson.