MIAMI - A 6-year-old Florida boy, who authorities said had been kidnapped by his father and taken to Canada, was finally reunited with his mother Tuesday night after more than two months apart.

Jorge "JoJo" Morales walked hand-in-hand with police officers as he was escorted off a plane at Miami International Airport. But when he spotted his mother, Yanet Concepcion, he broke free and ran to give her a hug.

"I missed you so much!" Concepcion exclaimed as she picked her son up in an embrace. 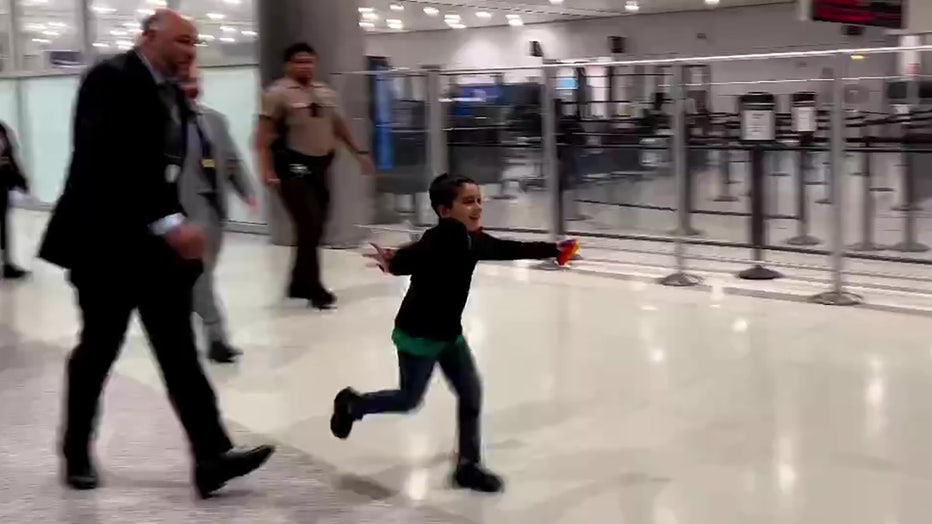 She smiled as she wiped away tears, telling reporters, "I can't stop crying, I'm so happy."

The 6-year-old boy had been missing since Aug. 27 after police said his father, Jorge Gabriel Morales, and paternal grandmother, Lilliam Pena Morales, picked him up from his mother's home for a scheduled visit. They never returned him.

He was first the subject of a Florida Missing Child Alert before it was upgraded to an Amber Alert two days later. 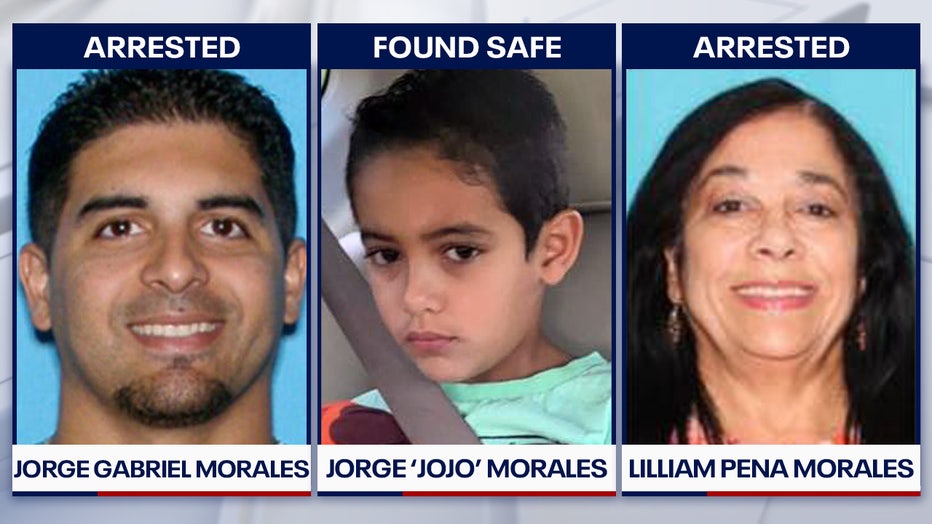 The joyful reunion comes two days after the little boy was found "in good health and unharmed" by the Royal Canadian Mounted Police in Moncton, New Brunswick, about 200 miles east of the Maine border.

A tipster had spotted the boy in a Walmart store in Canada and called authorities.

Concepcion said she spoke on the phone with the woman who helped find her son. 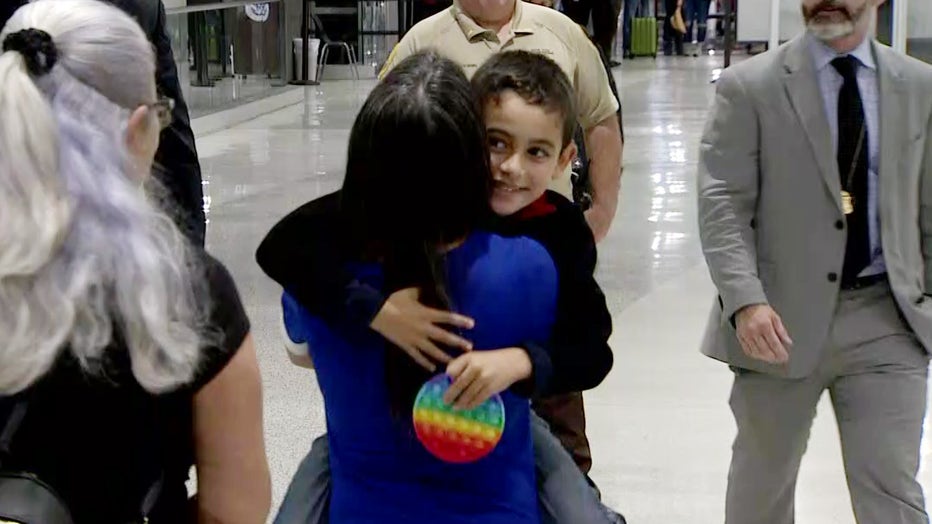 6-year-old Jorge "JoJo" Morales smiles as he is reunited with his mother after more than 2 months apart. Police say the little boy had been kidnapped by his father and taken to Canada.

"It was very emotional, we were both crying, and I told her, 'Thank you for saving my son's life,'" she recalled. "She said, 'The only thing I want is if you could update me and send me a picture on holidays here and there,' and I was like, 'Of course, I will bring you here!'"

A Canadian social worker accompanied the 6-year-old on the flight to Miami along with law enforcement.

The little boy's father and grandmother are in police custody.