A seven-year-old girl is recovering after falling 35-40 feet from a gondola ride at the Florida State Fair, according to the Hillsborough County Sheriff’s Office.

TAMPA, Fla. - Florida investigators say a 7-year-old girl was "horse playing" with her two cousins while on a gondola-style ride at the state fair when she fell out and had minor injuries over the weekend.

According to a report released by the Florida Department of Agriculture and Consumer Services, the child and her family were sharing the same Sky Tram "tub." All three children were under the age of ten.

"Father stated the kids were ‘horse playing,’ causing the subject to fall," the report stated. In the days following the Feb. 12 accident, state inspectors said the ride was working properly and, after temporarily shutting down Saturday night for an investigation, it was back open on Sunday.

The child suffered only minor injuries and potentially broke her wrist after falling 30-40 feet from the Sky Tram. 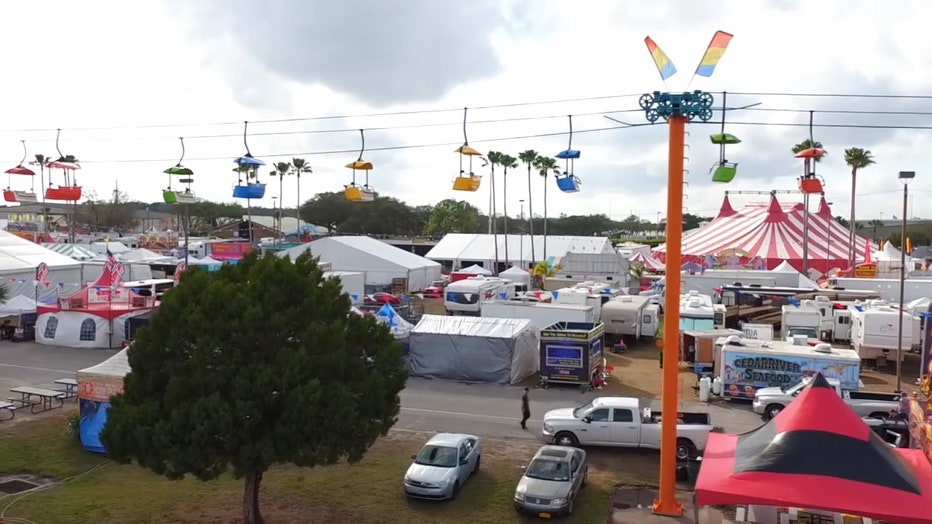 "Evidently she fell onto grass," said Allan Harrison, bureau chief of the Florida Department of Agriculture and Consumer Services fair rides inspection division. "That helped lessen the severity of the impact rather than asphalt."

Harrison has been with FDACS as a fair ride inspector for the last 28 years. He says incidents like this happen but are extremely rare.

"We’ve had four [gondola-style rides] operate in Florida for some 28 years and I think this is only the second time that we’ve had somebody that came out of the seat," said Harrison. "That’s out of thousands of riders."

"Watch the ride operate, no matter what it is, to see if you feel comfortable getting on it beforehand. Don’t just go jump on it. See how it operates, how it moves, and see if you would feel comfortable because a lot of times we have different situations with children or the parents where they have a panic attack," said Harrison. "Make sure they meet the height and/or weight requirements. Then you have to make the determination as a parent."