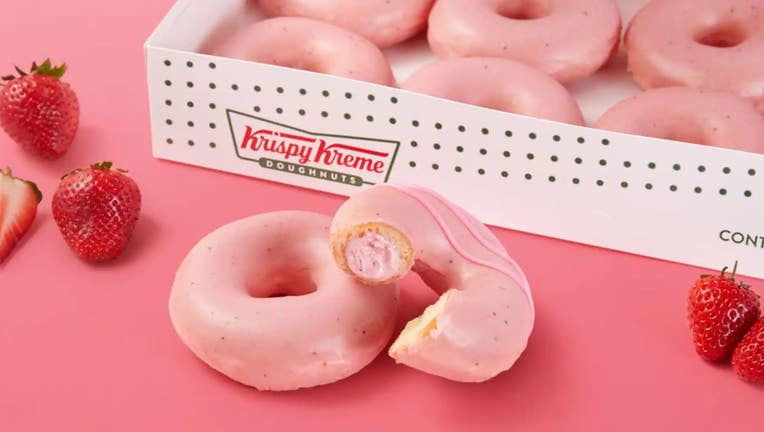 Krispy Kreme announced it will be bringing back its beloved strawberry treats starting on April 26, 2021. (Krispy Kreme Doughnuts)

Krispy Kreme is back at it again, but this time with a limited-time strawberry glaze.

The national doughnut chain announced Thursday that it will be bringing back its beloved strawberry treats starting on April 26.

Customers who find a participating shop will be able to choose between a regular Strawberry Glazed Doughnut and Strawberry Kreme Filled Doughnut.

Both doughnuts feature a sweet, pastel pink glaze that’s supposed to taste like the red berry. However, the latter is filled with Krispy Kreme’s signature Strawberry Kreme Filling.

It’s not the first time the doughnut chain has played around with strawberry flavoring. In 2020, Krispy Kreme introduced its strawberry glazed offering in a springtime trio that also included key lime and lemon. The two strawberry glazed doughnuts were only sold between April 28 and May 1, 2020.

On Krispy Kreme’s regular menu, the chain sells two versions of its strawberry iced doughnut (with and without sprinkles) and two powdered doughnuts with two different strawberry fillings.

"Last year, fans couldn’t get enough of Strawberry Glaze and have been asking for it to come back ever since," Krispy Kreme’s Chief Marketing Officer Dave Skena said, in a statement. "So we’re bringing it back. Hurry in and enjoy!"

However, the strawberry glazed doughnuts will have a shorter runtime that concludes on Wednesday, May 6. 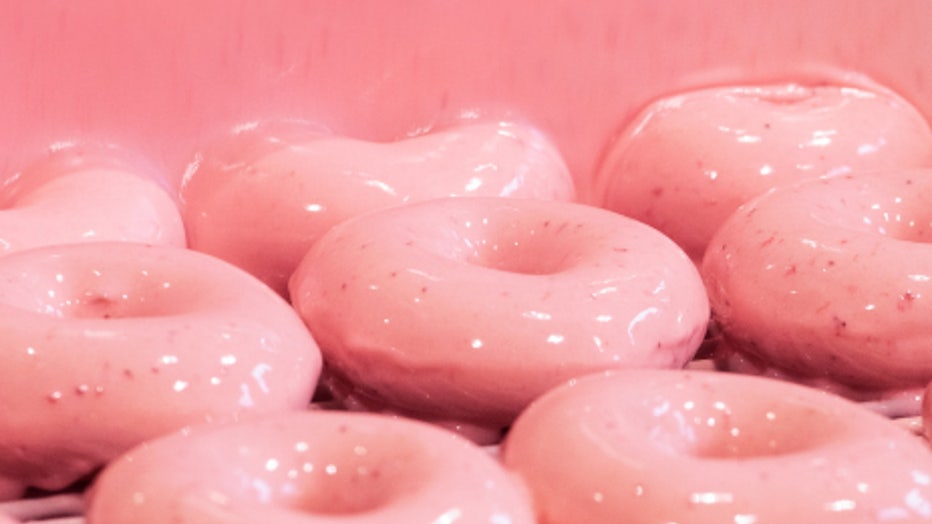 Krispy Kreme announced it will be bringing back its beloved strawberry treats starting on April 26, 2021. (Krispy Kreme Doughnuts)

While Krispy Kreme continues to experiment with flavors and limited-time offers, some doughnuts become mainstays or rotational menu items depending on consumer demand.