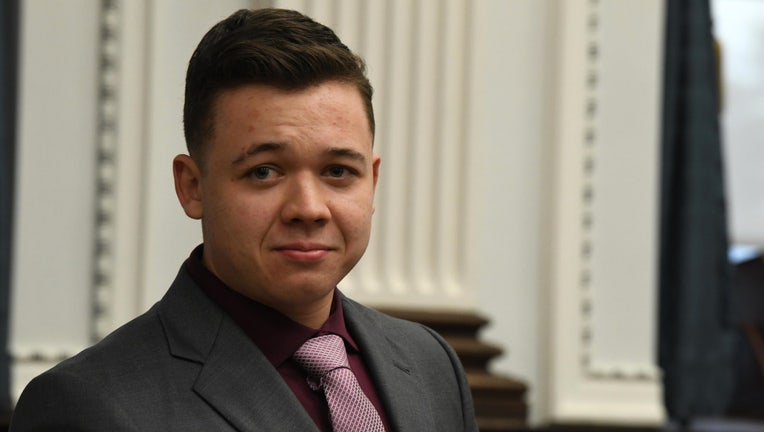 Kyle Rittenhouse looks on after a break during the Kyle Rittenhouse trial at the Kenosha County Courthouse on November 9, 2021 in Kenosha, Wisconsin. (Photo by Mark Hertzberg-Pool/Getty Images)

PHOENIX - A month after his acquittal on murder charges, Kyle Rittenhouse was given a standing ovation at a conservative group’s conference in Phoenix where panelists discussed the 2020 deadly shootings in Kenosha, Wisconsin.

Most of the comments during Monday’s discussion were made by other panelists, but the 18-year-old Rittenhouse reflected on how the trial had matured him and about his decision to take the stand to provide his account of the shootings.

Rittenhouse was acquitted of all charges in the deaths of Joseph Rosenbaum and Anthony Huber and the wounding of Gaige Grosskreutz. The shooting occurred during a tumultuous night of protests over the shooting of a Black man, Jacob Blake, by a white Kenosha police officer.

Businesses in Kenosha were ransacked and burned in the nights that followed Blake’s shooting. Rittenhouse said that he went from his home in nearby Antioch, Illinois, to Kenosha to protect property from rioters but that he acted in self-defense after he came under attack and feared for his life.

Prosecutors portrayed Rittenhouse as a "wannabe soldier" who had gone looking for trouble, while his supporters regarded him as a patriot who took a stand against lawlessness.