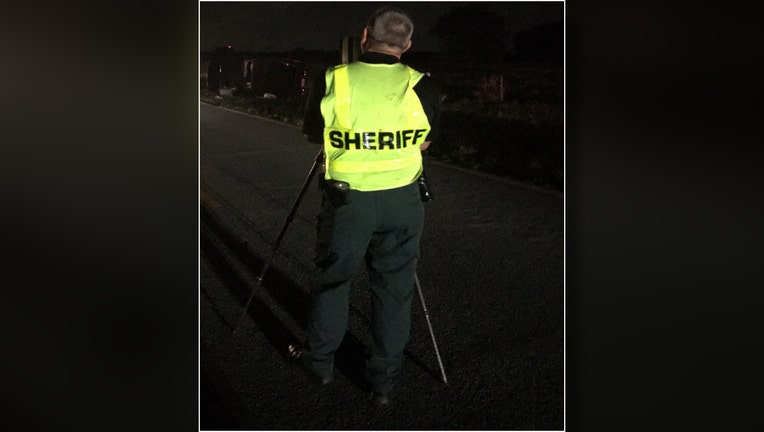 LAKE WALES, Fla. - Charles Goodman, 22, of Lake Wales was killed Friday evening in a crash in unincorporated Lake Wales, according to the Polk County Sheriff’s Office.

Deputies say Goodman was a passenger in a pick-up truck driven by 21-year-old Trevor Goodman when the crash occurred around 10:30 p.m.

According to the PCSO, Trevor Goodman was traveling westbound on Camp Mac Road, approximately one mile east of Camp Rosalie Road when for unknown reasons, he lost control of the truck and braked hard, forcing the truck into the eastbound lane. The truck spun 180 degrees, traveled into the grassy area on the south side of the roadway and overturned on the passenger side.

Charles Goodman was ejected from the vehicle and died at the scene. Another passenger was not injured in the crash.
Deputies say nobody in the truck was wearing a seatbelt.

The three men had just left Liars Lair Bar in Babson Park where they had been drinking, according to PCSO.

A DUI trained deputy evaluated Trevor Goodman, who smelled of alcohol, and saw him acting like he was impaired, PCSO said. Goodman consented to a breath test where his blood alcohol levels were .120 and .104. The legal limit in Florida .08.