LAKELAND, Fla. - NOAA, the National Oceanographic and Atmospheric Administration, is adding two new eyes in the sky to its fleet hangar at Lakeland Linder International Airport.

The airport is already home to the NOAA’s Hurricane Hunter fleet, which famously probes the air in and around storms.

“We’re able to get out there and collect that data that’s needed of where the storm is going, and who is going to be impacted, and provide those warnings a lot earlier,” NOAA Commander Chris Sloan told FOX 13.

One of the new planes is a Gulfstream G650, a $40-million aircraft that will be affectionately known as ‘Gonzo.’

The second will be a Beechcraft King Air 350 Turboprop, a nearly $12-million investment. 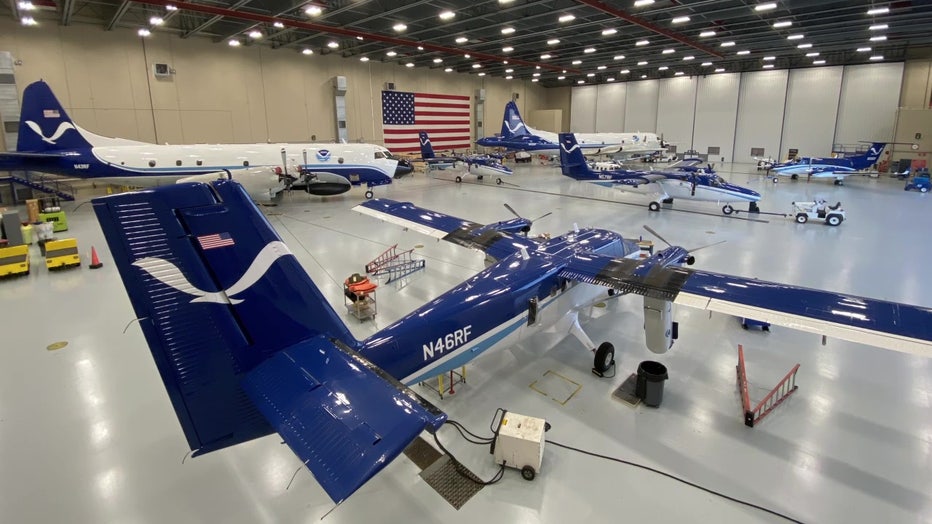 Sloan says Gonzo will be more advanced from tip to tail than the aircraft currently being used. It will be able to stay in the air hours longer and fly thousands of feet higher, which will provide scientists a better vantage point to collect more accurate information.

Along with flying routine daily missions, the Beechcraft will play a special role during emergencies. It can shoot extremely high-resolution photos of damage.

“We do that for tornados. We do it for earthquakes,” said Sloan. “We do it, of course, for hurricanes.”

The Beechcraft is expected to touch down in Lakeland for the first time in the spring of 2021, the Gulfstream two years later.