LAKELAND, Fla. - Downtown Lakeland’s new private armed security guard has been on the beat for about six weeks now.

So far, according to his employer, the Lakeland Downtown Development Authority, the guard has dealt with about three dozen incidents so far, mostly minor.

The owner of Jimmy John’s called him one rainy day when some transient residents were blocking his business' front door.

"He showed up," according to Doug Law, and said, "I know it is raining, but you have to clear the path, move on."

Problem solved. His mission is to deal with small problems before they become big ones.

The guard is on the lookout for partiers who may have had one too many drinks and are getting too loud, or people who may be up to no good. 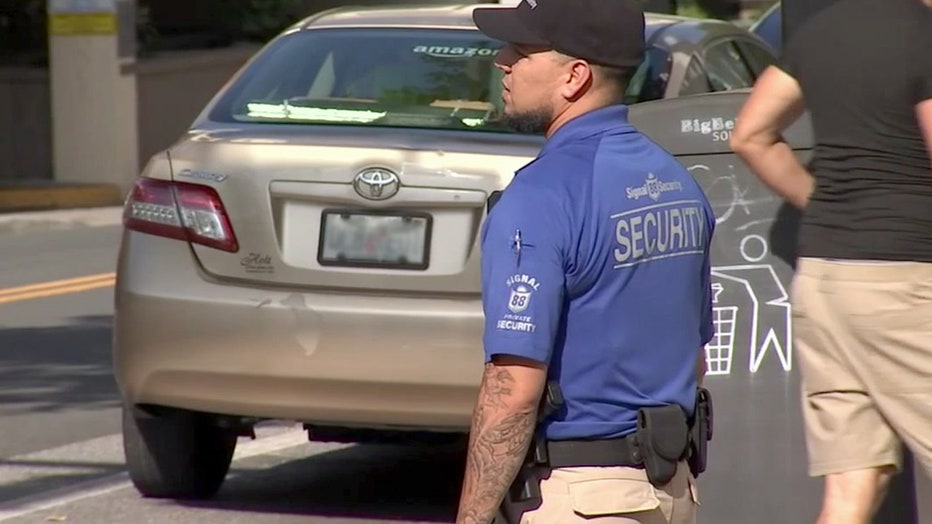 Julie Townsend, who heads up the LDDA, says he is not a cop, and not supposed to act like one.

"If there is an incident that requires police intervention, he has the ability to connect with them quickly and get them on scene," she said.

The security guard is armed because sometimes he's out until 3 a.m. He is patrolling the parts of the downtown that are less populated. The gun is for his own protection.

Right now a Lakeland Police officer is assigned to downtown and the surrounding area 24/7.

Downtown merchants would like to see another sworn officer in their area.

That may or may not happen.

The Lakeland Police Department is asking the city for another 30 officers. This is just the beginning of the budget process, so no decisions have been made on that yet.

In the meantime, the new armed security guard will be on the lookout for anything that seems suspicious.

"His core mission is to be an extra set of eyes and ears on the ground," Townsend said.