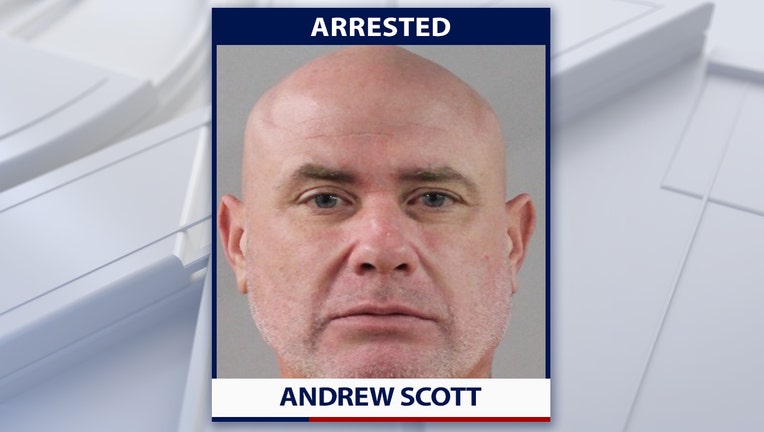 LAKELAND, Fla. - Andrew Scott, 50, of Lakeland was arrested for aggravated assault the day after being released from jail, according to the Polk County Sheriff’s Office.

Deputies say Scott armed himself with a baseball bat and threatened the victim, whom he was staying with while he "got back on his feet," around 8 p.m. on Thursday after the pair got into an argument over Scott’s illegal drug use, according to PCSO.

When deputies arrived at the scene, Scott was alone in the backyard holding the baseball bat. Deputies told Scott to drop the bat, but he did not comply. Instead, deputies say he turned toward them and lifted the bat as if he was going to swing it. That’s when a deputy tased Scott and he was taken into custody.

"I am proud of the quick response of my deputies. They were able to end a deadly situation without anyone getting hurt," said Sheriff Grady Judd. "This is just one example of many where deputies respond to a violent situation and disarm a violent suspect in order to keep people safe."

At the time of his arrest, Scott had completed a 30-day sentence for trespassing, possession of methamphetamine, possession of drug paraphernalia, and introduction of contraband. He was also on probation for these charges.

He is currently in the Polk County Jail with no bond.