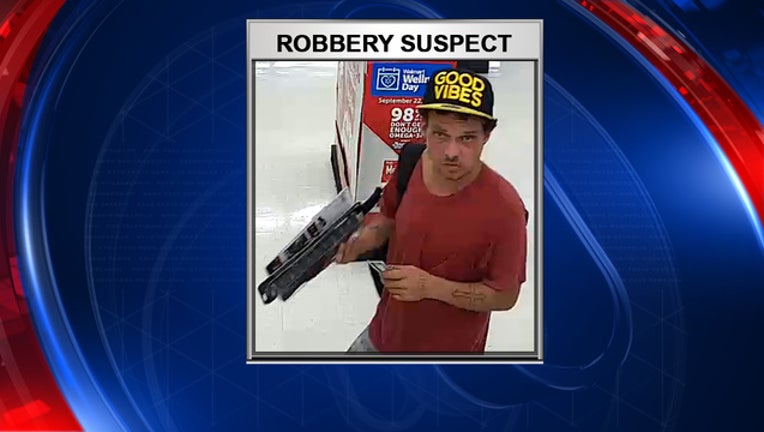 LAKELAND (FOX 13) - Lakeland police are searching for an armed robber who threatened another with a knife inside a Walmart.

Police said the incident occurred on Tuesday at 11:55 a.m. at the store located on South Florida Avenue. The Lakeland Police Department released a surveillance image of the suspect.

He was confronted for shoplifting, and police said he pulled a knife on a loss prevention officer. The suspect was last seen wearing a red shirt, camouflage-print pants, and a blue hat with yellow lettering that read, “Good Vibes.” Police said he also had tattoos on his face and arms, including a cross on his left arm.

The suspect was seen fleeing in an older model red or maroon Chevrolet Silverado. Anyone with information is asked to call Detective Biko Duhaney at 863-834-5918 or e-mail at Biko.Duhaney@lakelandgov.net. Anonymous tips can be submitted to Heartland Crime Stoppers at 1-800-226-8477.