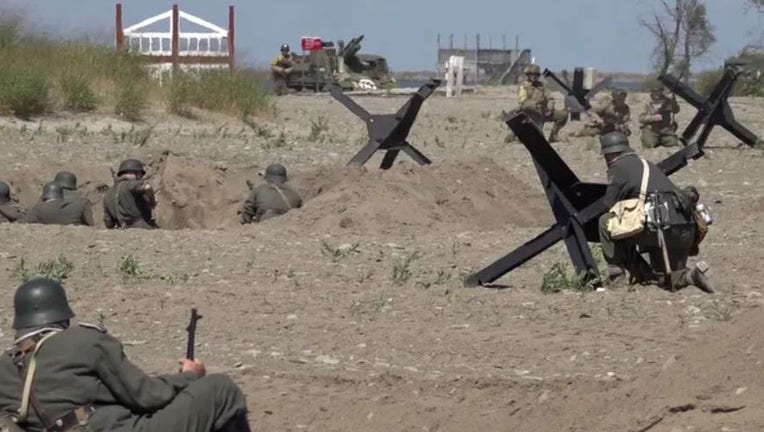 Each day, a nearly hour-long reenactment commemorates D-Day: the military operation where the Allied forces stormed the beaches of Normandy in 1944. (Stephen Goin/Fox News)

CONNEAUT, Ohio - On the shores of Lake Erie, the rumble of tanks and the rhythm of soldiers have once again transformed Conneaut Township Park into the historic battlefields of Normandy, France.

The display known as "D-Day Conneaut," is part of the largest, annual World War II reenactment in the country.

The small lakeside community of Conneaut, Ohio, has hosted the reenactment almost every year since 1999.

"Folks bring their best displays and their best artifacts to show the public and they're used in context. These are things you would normally see behind glass, but here you can touch history," said Betsy Bashore, CEO of the D-Day Ohio organization.

Event organizers told Fox News 1,400 "soldiers" were invited to participate in the reenactment and 12,000 spectators were expected each day on Friday and Saturday.

"We have a bunch of historians who are steeped in knowledge and people who can tell you about the various roles people served in, including the Women’s Army corps," Bashore said. "We need this next generation to remember these events because at some point in time we will not have World War II veterans." 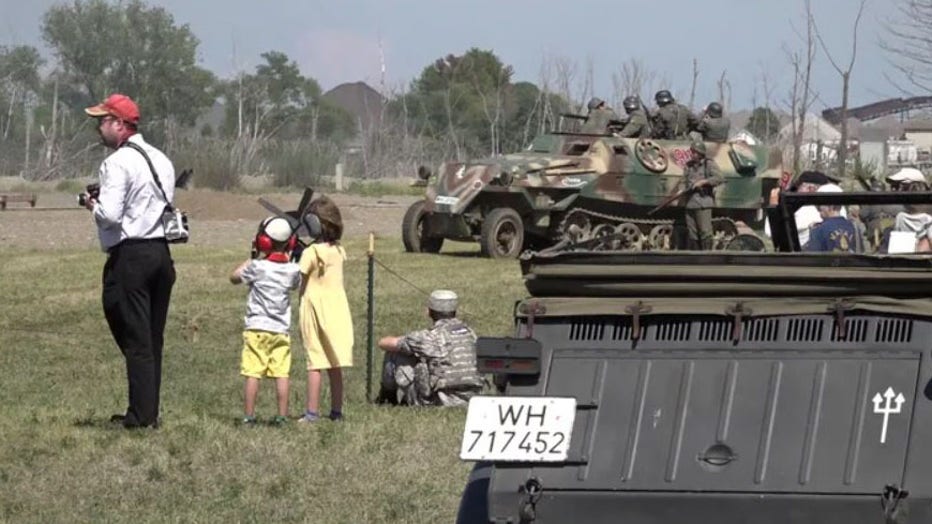 The D-Day Conneaut event draws as many as 12,000 spectators each day to the shores of Lake Erie for the "largest" WWII reenactment in the U.S. (Stephen Goin/Fox News)

Each day, reenactors from across the U.S. and around the world, put on living history displays that include detailed recreations of the home front, the Allied and Axis camps as well as battles from the war.

The largest of those battles includes a nearly hour-long recreation of D-Day, the operation in which the Allied forces launched the largest naval invasion in history, storming the beaches of Normandy in Nazi-occupied France on June 6, 1944.

"Uniforms and equipment have changed but what hasn’t changed is the importance of service to your country," said reenactor and U.S. Marine Corps Reserve member Nick Rhodes.

Longtime reenactor Craig Rader told Fox News his family, including his girlfriend and his young son, and his group of friends have participated in D-Day Conneaut for years.

Over the years, Rader said he’s even fixed up a military Jeep from 1943 to bring to the reenactment. As part of his period accurate uniform, he explained that he wears his grandfather’s patches as a way to honor his service. 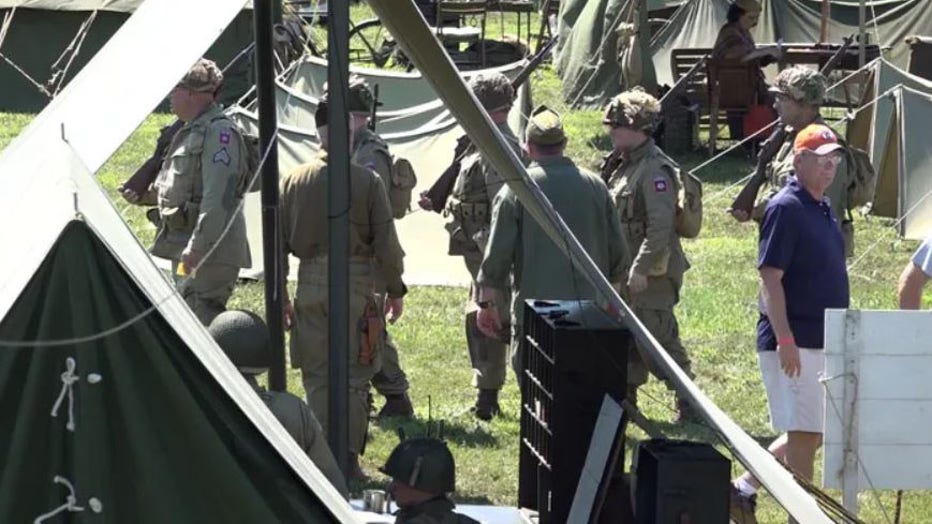 Of the 16 million U.S. service members who fought in War War II, the U.S. Department of Veterans Affairs expects less than 170,000 are alive. (Stephen Goin/Fox News)

"My grandfather was an MP, 3rd service command out of Fort Meade in Maryland, and I’ve done a lot of research on his story," Rader said. "I like doing this for the veterans, having the public come out and showing them what they would have gone through... this is how I feel we can honor them.

This annual tribute to the sacrifices of the "Greatest Generation" comes as firsthand memories of the war continue to fade away.

Of the 16 million American service members who fought in War War II, the U.S. Department of Veterans Affairs expects less than 170,000 will be alive by September 2022.

Nevertheless, veterans like George Coler explain events like D-Day Conneaut help preserve the legacy of those who fought in that great conflict.

"I’m proud to see some of these young people, I couldn’t be back in it at my age but that doesn’t mean I can give up on it," Coler said.

Coler, 95, told Fox News he found a way to enlist in the Navy when he was just 16-year-old. He served on a Navy ammunition ship from 1944 through the end of the war and said he has come to D-Day Conneaut for the past few years to encourage others to hold on to history.

"I feel like I was useful," Coler joked. "To defend your country, you do what you’re told the best you can do because I was born free, and I’m gonna die free or die defending."