TAMPA, Fla. - A new kind of fentanyl is hitting the streets and law enforcement worry it may be targeting children. It's known as "rainbow fentanyl" and just days ago border agents in Arizona seized nearly 1 million fentanyl pills including thousands of "rainbow-colored tablets."

Law enforcement officials said it's only a matter of time until it makes its way to Florida.

At first glance rainbow fentanyl may look like candy or sidewalk chalk. It's the same highly-toxic synthetic opioid just a brightly-colored version, and that's what's concerning for law enforcement.

"My first thought was why are they making these look like a bag of candy. This could be trying to target younger users," U.S. Customs and Border Protection Port Director Michael Humphries said. 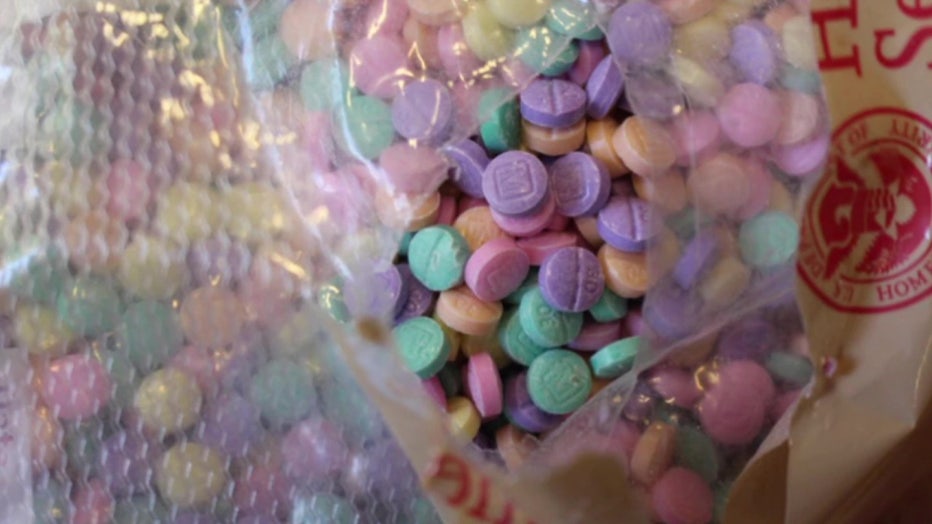 Over the weekend, Humphries and his department seized more than 12,000 of rainbow-colored tablets at the border near Nogales, Arizona. Friday, the Department of Justice issued a warning to people in Oregon after rainbow fentanyl showed up at two "notable seizures."

In March, the CDC classified it as the leading cause of death among Americans 18-45. One of the proposed solutions has been fentanyl test strips. For some, it's a controversial approach, but one that is gaining traction. 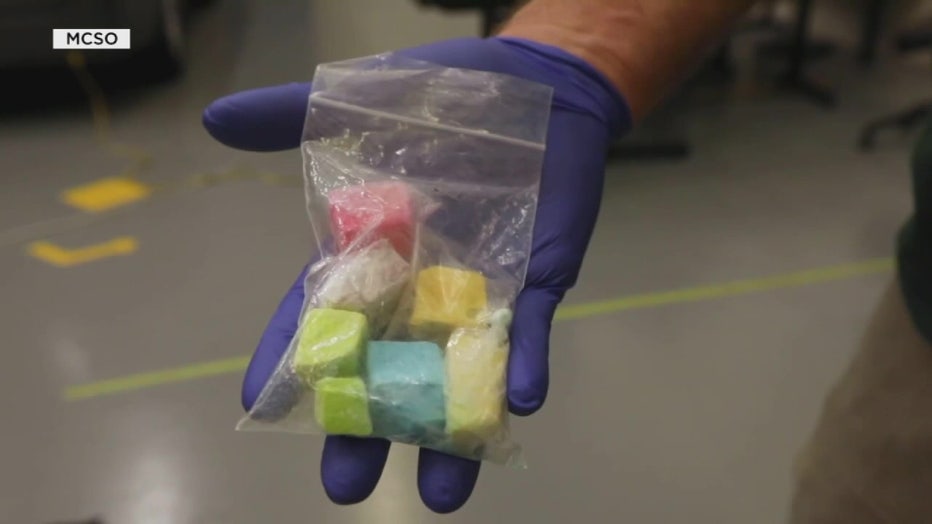 "We started by seeing there was a massive overdose crisis here in California," FentCheck Co-Founder Alison Heller said.

In 2019, Heller and Dean Shold founded FentCheck, a non-profit that partners with companies to distribute fentanyl-test strips in public places like bars and restaurants.

Currently, fentanyl test-strips are illegal in Florida and classified as drug paraphilia, but most recently states like California, New Mexico and Wisconsin all passed laws legalizing the strips. It's just one of several proposed solutions as law enforcement braces for the latest form of fentanyl.