TAMPA, Fla. - Campus safety is getting a boost before classes start in Florida next week. A law that passed last year mandates every public and charter school campus across Florida’s 67 school districts are now required to have mobile panic alarm systems.

It is called Alyssa’s Alert, named after Alyssa Alhadeff who died in the Marjorie Stoneman Douglas High School massacre. The 14-year-old’s mother championed for the legislation.

"Every second counts. We need to make sure that the agency that is going to respond gets that message," Lori Alhadeff told FOX 13 News in 2019.

It is a critical lifesaving tool that connects classrooms directly with first responders and law enforcement – for everything from a school safety threat to medical emergencies. 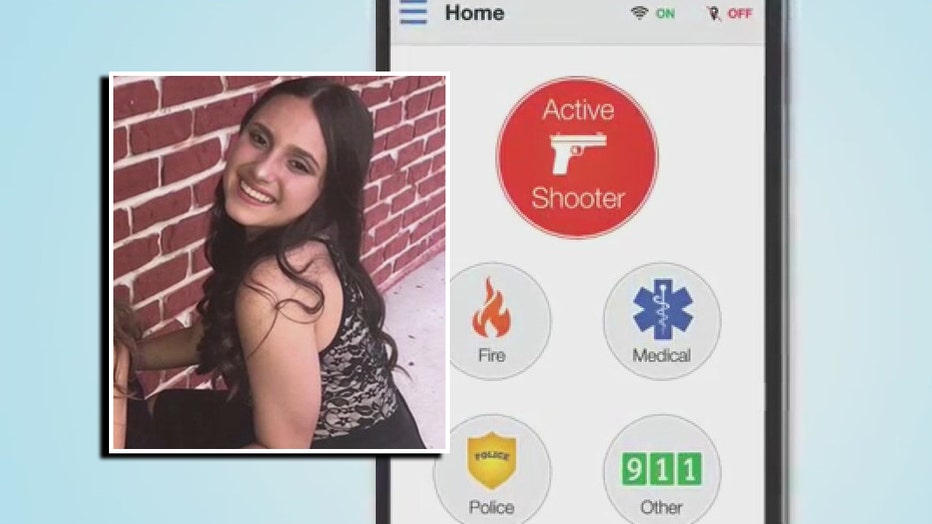 "Every teacher and every staff member has an app on their phone or on their laptop where if there's something that they see that's wrong on campus, they can set off an alert," explained Michael Baumaister, the chief of safety and emergency operations for Pasco County Schools.

Pasco and Hernando County schools use the CrisisGo platform. Both districts have already had it in place for at least two years, making sure employees are as prepared as they can be.

"So we're constantly training the staff and teaching them how to use it so they get more familiar with the system as we move forward," Baumaister said.

Polk, Pinellas and Sarasota counties also have mobile apps for their Alyssa’s Alert systems. With the push of a button, first responders are on the way, and the exact location of the emergency can be pinpointed.

Hillsborough County Schools launched the Centegix crisis alert system in 2019. Schoolwide lockdowns can be triggered with ID badges, putting an added layer of security in the hands of every staff member.

"The quicker we can get our emergency responders responding to the school to assist on time is always of the essence," said Baumaister.