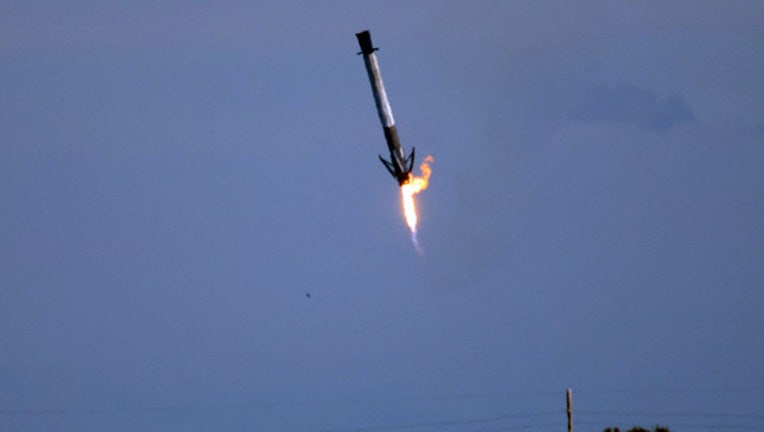 TALLAHASSEE, Fla. - People finding parts of launch vehicles or spacecraft could face theft charges if they fail to report and return the equipment.

Committee Chairman Tom Wright, a New Smyrna Beach Republican who is sponsoring the bill, said it is aimed at protecting trade secrets of the aerospace industry, noting at times boaters have recovered jettisoned capsule parts and attempted to sell the items on eBay.

"So many of these items that go up into space are in fact proprietary and are protected by trade law," Wright said. "And when those parts for some reason, maybe from an anomaly, are lost in the water or on land, we need to provide them that protection."

Wright added the proposal could help Florida be seen as even more "friendly and desirable" by aerospace companies.

"This just helps to allow those companies that are here and others that hopefully will be moving here to feel more comfortable that we're protecting them," said Wright, whose district includes part of Brevard County, home to major aerospace operations.

The proposal would require people to report finding crewed or uncrewed capsules, parachutes and other landing aids and other equipment that had been attached to vehicles during launches, orbits or reentry. After a change to the bill Monday, failure to do so would carry a misdemeanor theft charge, with a penalty of up to one year in jail or a $1,000 fine.

Wright’s bill initially proposed the penalty reaching up to 30 years in jail and $10,000, depending on the value of the space vehicle parts. He said after the meeting the change was made based on a committee consensus.

A House version of the bill (HB 221), sponsored by Rep. Tyler Sirois, R-Merritt Island, is scheduled to be heard Wednesday in the House Criminal Justice & Public Safety Subcommittee.

A Senate staff analysis, highlighting a January 2019 report by National Geographic, noted that protecting the items has become a greater concern as companies are increasingly reusing space vehicles.

"Historically, most of a rocket's discarded parts were left to fall back down to Earth and burn up in the atmosphere. But starting in the 1980s with NASA’s Space Shuttle, engineers designed rocket parts that could be recovered and reused," the National Geographic report said. "Private companies including SpaceX and Blue Origin are even building rockets with first stages that return to Earth and land themselves. The more that a rocket's parts can be reused, the cheaper rocket launches can get."

Wright’s proposal also would direct courts to order people convicted of theft of space-vehicle parts to pay aerospace companies if the equipment was damaged while in the possession of the people.