TAMPA, Fla. - A majority of Puerto Ricans are still without power and running water after Hurricane Fiona ravaged the island. The hurricane dumped more than 20 inches of rain and caused widespread flooding and mudslides.

So far, the storm has claimed the lives of four people.

"I saw cars covered all the way to the rooftops. I saw homes falling from a cliff because of landslides," Puerto Rico resident Israel Morales said.

Morales, his wife and three kids hunkered down in their home located about 40 miles south of San Juan. They've been without power and running water for the last four days.

"We're just surrounded by a very large cloud of uncertainty, because we don't even have a clue when these two major services will be restored," Morales said. 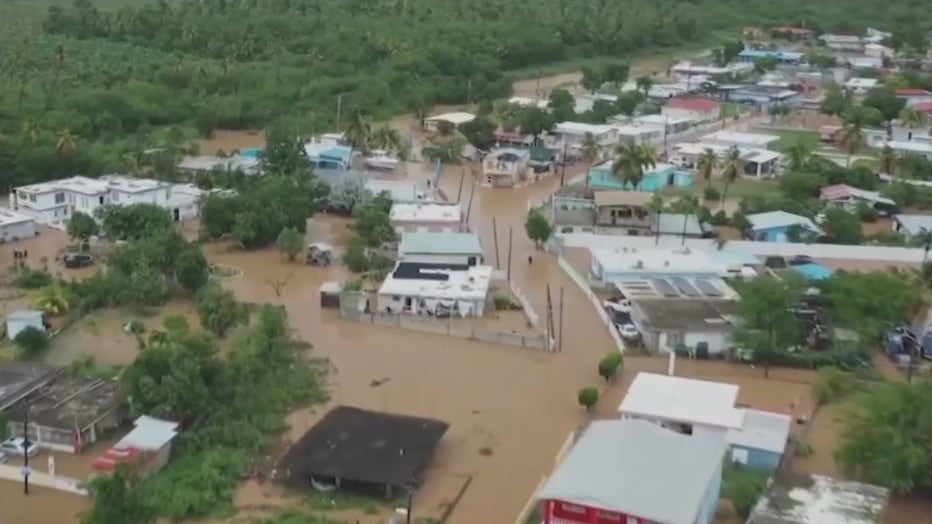 Like many residents in Puerto Rico, Morales faced major hardship when Hurricane Maria hit the island back in 2017. This time around he said he made sure he and his family were well-prepared in advance.

Currently, they're all living off the water from two 400 gallon tanks in their backyard. They also have a gas-powered generator they only turn on no more than one hour a day to conserve fuel, unsure when the power grid will be back up and running. They also have plenty of food, but right now their health is a top concern, because he and his wife both take medication for high-blood pressure.

"If the pharmacy doesn't open up we're pretty much left in the dark," Morales said. "We're praying that at least in the next couple of days pharmacies will open and that the medication that we have left will be enough, but if this goes on for over a week then we'll start having problems."

Morales said major retailers like Walmart and Home Depot have re-opened their doors. He's hoping pharmacies do the same soon.

As for the power and running water, he said he's not sure how long it'll be until those services are restored.