TAMPA, Fla. - At just 8 years old, North Port's Mark Shymanski is losing his sight, but he really wants to be a hockey player, so his teacher submitted him for a special program that helped him reach his goal.

Mark one of the Tampa Bay Lightning’s biggest little fans and he was able to experience what it’s like to be a hockey player through Advent Health’s Goal Getter program. Advent Health partnered with the Lightning to give Mark an unforgettable experience. 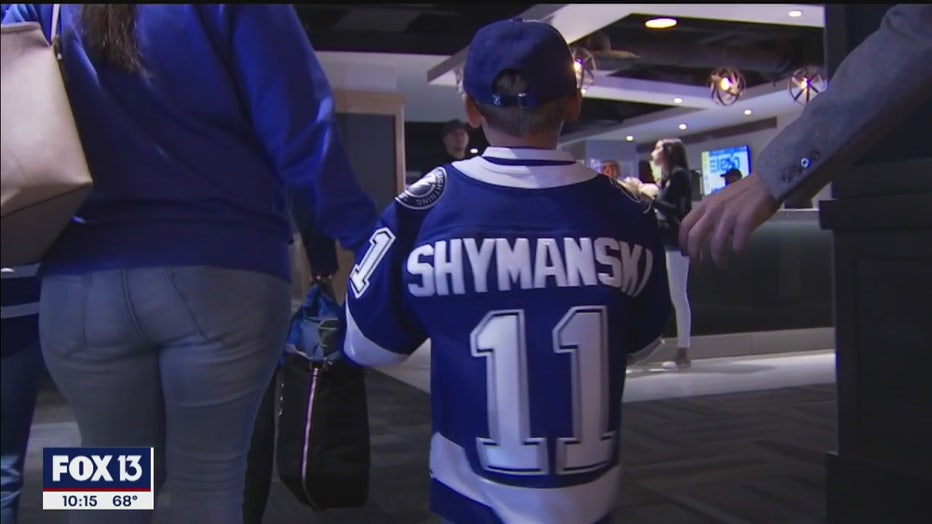 “He’s visually impaired and so you know it makes it difficult for him to see things. He wants to see all the little details,” said Tatyana Shymanski, Mark’s mother.

Shymanski said her son was born prematurely, weighing one pound three ounces, and he developed an eye condition that causes him to lose his sight. He has vision in his right eye and no light perception in his left eye.

“As a mom, you know, sometimes it’s difficult to see your child struggling. And I have bad days,” said Shymanski as her son comforted her. “You know you always have those days where I wish he was normal like other kids and could see, but we’re just grateful for the vision that he does have.” 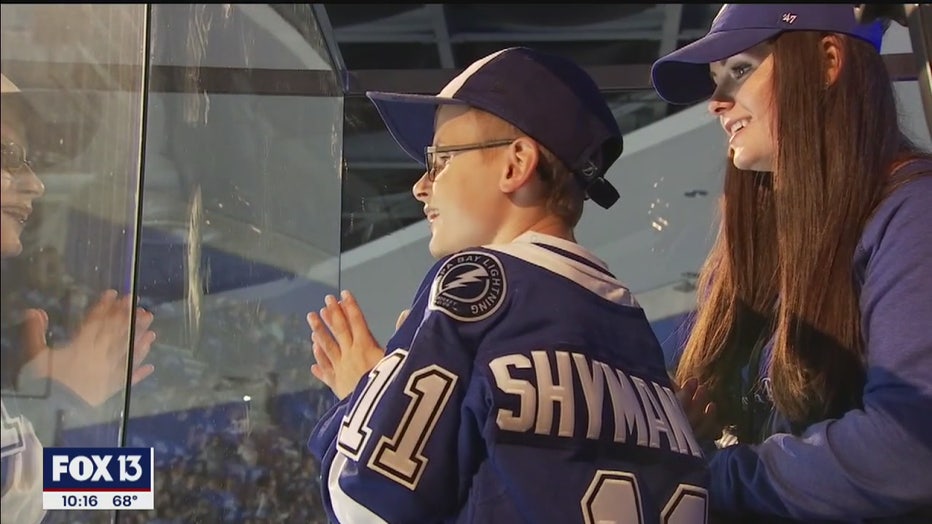 To help him achieve his goal, the hockey team invited Mark to a private practice before Christmas.

“Vasilevskiy gave me a goalie stick,” said Mark. “It was a good experience.”

After watching players up close, he met them face to face. Then the team invited his family out for Thursday’s game, giving Mark shout outs in the arena. He also got to push the lightning bolt switch and see the organ. 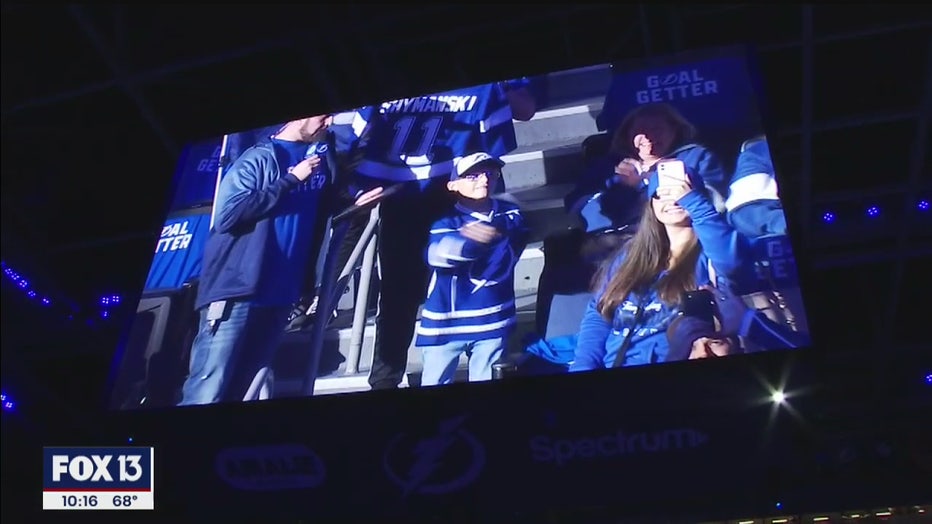 All of those moments helped create memories he’ll never forget.

Mark isn’t letting his vision challenges slow him down. His mother said he is learning to read, write and play the piano.