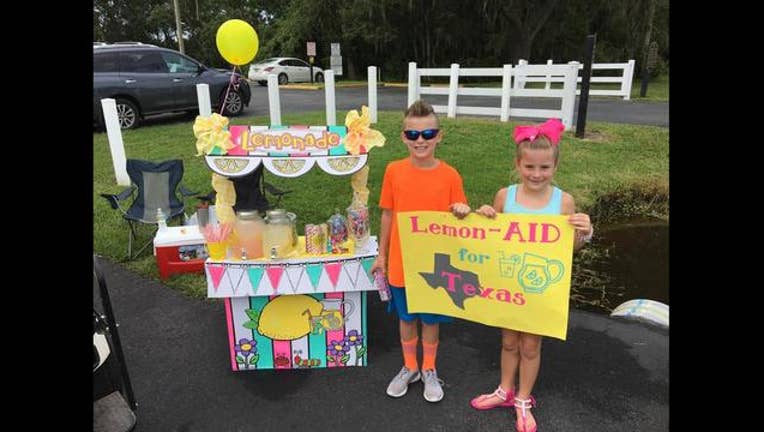 PLANT CITY (FOX 13) - 8-year-old Brightyn Willis and her 9-year-old brother Braxton were so concerned about the destruction they were seeing in Houston that they did the only thing that kids their age can do. They opened a lemonade stand.

The plan was simple, anyone who stopped by and donated to the Southern Baptist Disaster Relief Fund received a free cup of lemonade.

Over the course of 3 hours, the sibling duo raised $600 from their stand in Walden Lake Park.

After closing up shop for the night, word continued to spread. Brightyn and Braxton received an additional $170 from the community bringing their total to $770.90.