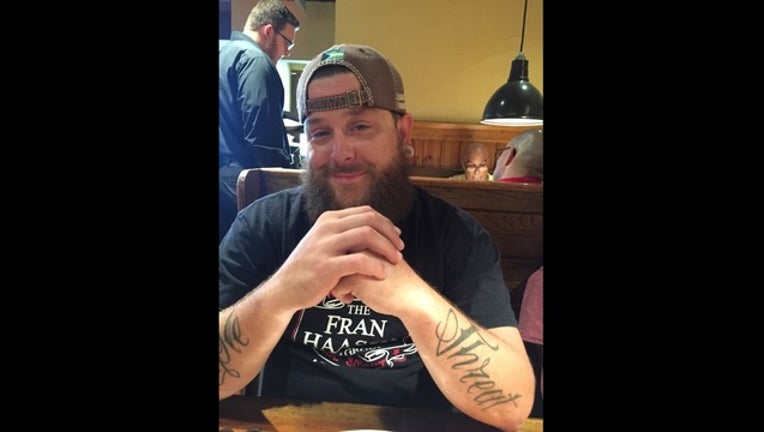 PASCO COUNTY (FOX 13) - A Pasco County man who touched so many people through his music died Sunday night.

Rob Cartwright, 33, was killed in a crash on U.S. 19 and Beach Boulevard. Troopers said a car turned in front of his motorcycle. Cartwright was transported to the hospital, but later died from his injuries.

Cartwright was a father, fiancé, friend and fiddle player for a popular band called, The Bearded Brothers Band.

Cartwright's mother, Phylicia Cartwright said one of his proudest moments in his music career was playing with Charlie Daniels at the Hard Rock.

Cartwright's son Aspen Cartwright, also spoke highly of his father. "He is one of the most, greatest people I have ever seen in my life," Aspen said. "And now having to grow up without him. It's a task I thought I'd never have to bare."

"Yesterday we lost a brother, a best friend, a father and a son!
Rob played from the spiritual side of music and you could tell all of his music was coming from his heart! If any one of us wad down he would put us on his back and carry us through. His love for life and music just lifted everyone up and forced you to raise your game.
While he was so important to the Beards his talent and love for life reached and touched so many others as well. There will never be another like him! There isn't enough time or words to describe how great this man was and the impact that he had on everyone he met.
We are still trying to comprehend the magnitude of his loss. The Bearded family are completely devastated please keep us and his immediate family in your prayers."

The driver in the crash has been identified as Francine Chery, 56, of Port Richey. Chery was also transported to the hospital with minor injuries. It's not clear if any charges will be filed.