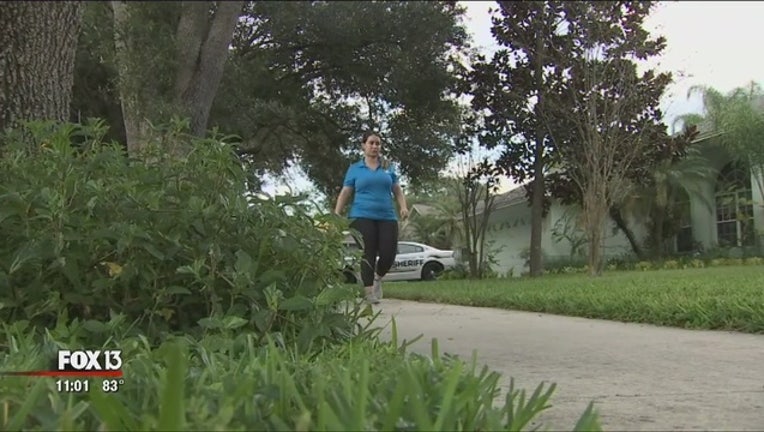 TAMPA (FOX 13) - Despite having made landfall five days earlier, some in our area are getting their first look at the destruction caused by Hurricane Michael.

For three days, during the height of the storm, Lavalle wasn’t able to contact her sister.

“Numerous calls went out, text messages and all of that stuff,” Lavalle said. “Finally, after 72 hours, we got the text saying ‘I’m ok.’”

Checking in with family was only the first step for Lavalle’s sister. Gabriella is in the Navy, she was working in the operations center during the storm. When she returned home 48 hours after Michael hit, she recorded what she saw. What she saw was total devastation, every tree knocked down for miles.

Gabriella shared the video with her sister, a sight she says she will never forget.

“Tears really,” Lavalle said. “I was just really sad because when we first hear, it was just a little thing. And then hearing before ig go there, it was a monster. My reaction was, this is going to be bad.”

Despite the extensive damage, Gabriella's home is still standing, a sigh of relief for them.

Now, Lavalle is doing what she can from Tampa. She plans on renting a trailer and delivering supplies she is collecting to Bay County in the next week.