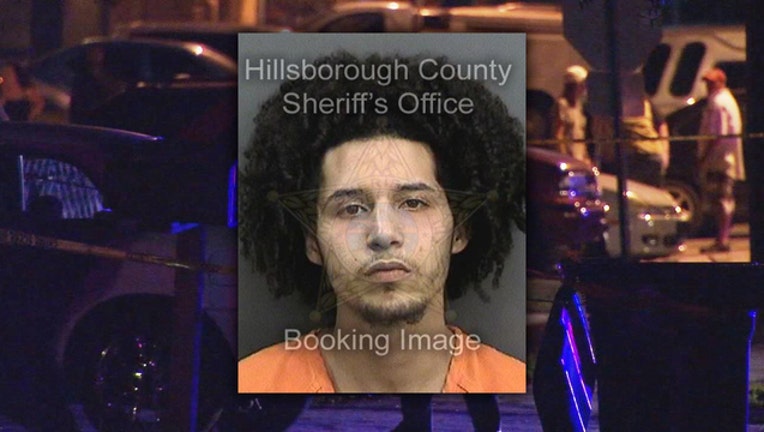 TAMPA (FOX13) - Tampa police have arrested a 19-year-old in connection with the shooting death of a 14-year-old on Saturday.

According to investigators, both individuals had guns pointed at each other when the 19-year-old's gun fired and struck the victim, 14-year-old Stephenn Santiago-Grey.

Santiago-Grey was taken to Tampa General Hospital, where he died.

Police said it is unclear if the 19-year-old, identified as Jose Cruz Jr., fired his gun intentionally or accidentally.

Cruz Jr. was arrested and charged with manslaughter. Police said the shooting is believed to be an isolated incident and there's no danger to the public.