According to the Pasco County Sheriff's Office, 31-year-old Brian Medina approached the female driver as she was loading her vehicle with food at the Denny's in New Port Richey around 3 a.m. Wednesday.

Deputies said Medina got into the passenger seat and told the victim to start driving, claiming he had a gun. The victim described the terrifying ordeal. She asked to not be identified.

"I noticed a man come running towards me. What he was saying wasn't making too much sense, but he got in the passenger side and closed the door," she said.

He then forcibly took her cell phone and repeatedly grabbed her breasts against her will, investigators said.

The victim told Medina she needed to make the delivery or someone would get suspicious of what happened to her. The sheriff's office said Medina kept control of the victim's phone and provided directions to the delivery address. 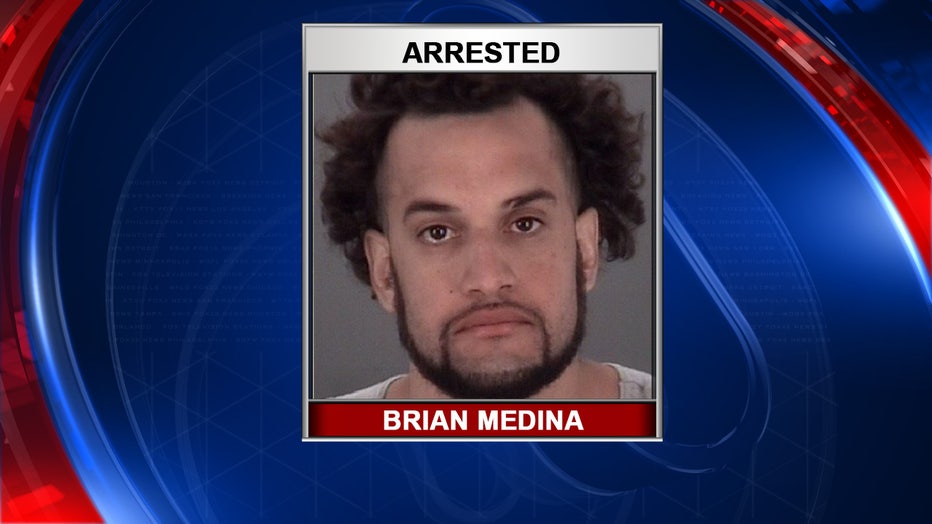 When the victim made the food delivery, she tried to get the attention of the person who purchased the food for help but was unsuccessful.

"I was trying to motion to him without the guy in my car hearing or knowing what was going on," the victim said.

As she drove south on US 19, deputies said Medina grabbed the wheel and drove the vehicle into the parking lot of the Rodeway Inn.

Once the car was stopped, the victim managed to get the attention of a man who kept Medina occupied as she fled.

Deputies said the victim positively identified Medina, who was then arrested for felony false imprisonment. He is being held in the Land 'O' Lakes jail on $5,000 bond.