ST. PETERSBURG, Fla. - St. Petersburg police said a man is in custody after arming himself with a weapon, taking a 3-year-old child from a home, crashing a pickup truck, and barricading himself inside for hours.

Before 5 a.m., they said the man – identified as 32-year-old Matthew Perkins – was in custody and the child is safe. The SWAT situation stemmed from a domestic situation at a home in the 1900 block of Norfolk Street North in St. Pete. It started at 11:30 p.m. Monday. 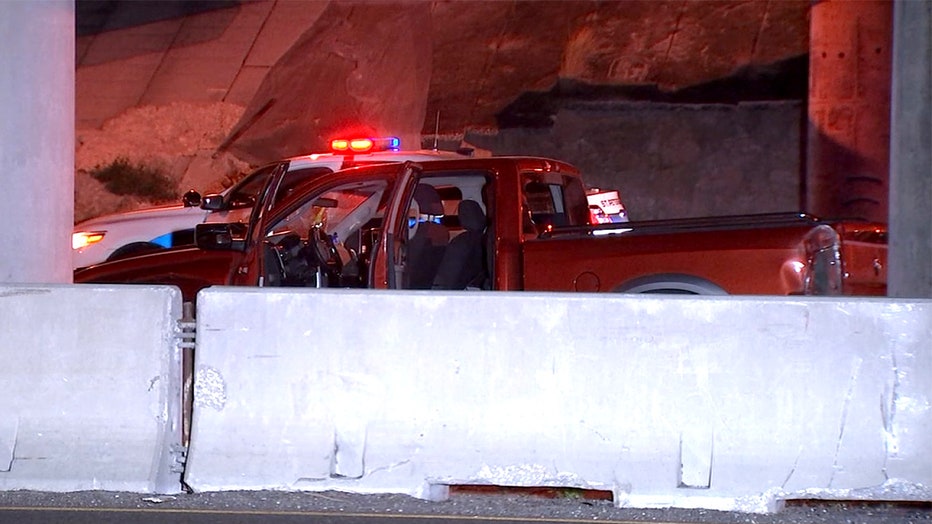 A view of the red truck after the SWAT situation was resolved. (FOX 13 / File)

Assistant Chief Mike Kovacsev said Perkins fled with his son after allegedly committing "aggravated assault" against a woman, who is either his fiancé or girlfriend. After responding to the home, officers, with the help of the Pinellas County Sheriff's Office helicopter, located the red truck. It eventually crashed around 12:30 a.m. on Gandy Boulevard underneath the Interstate 275 overpass, Kovacsev said.

St. Pete police said a father is in custody after injuring a woman, taking his 3-year-old son, fleeing from police, crashing his truck, and barricading himself inside, forcing a major roadway to shut down overnight for a few hours. The man is now in custody and the child is safe.

"We tried to follow the individual at a safe distance. After a short while, he crashed his vehicle underneath the interstate off of Gandy Boulevard," he explained. "The vehicle was inoperable at that time with severe damage to the front end as well as a number of tires. He barricaded himself inside of that truck. He got in the backseat with his 3-year-old son." 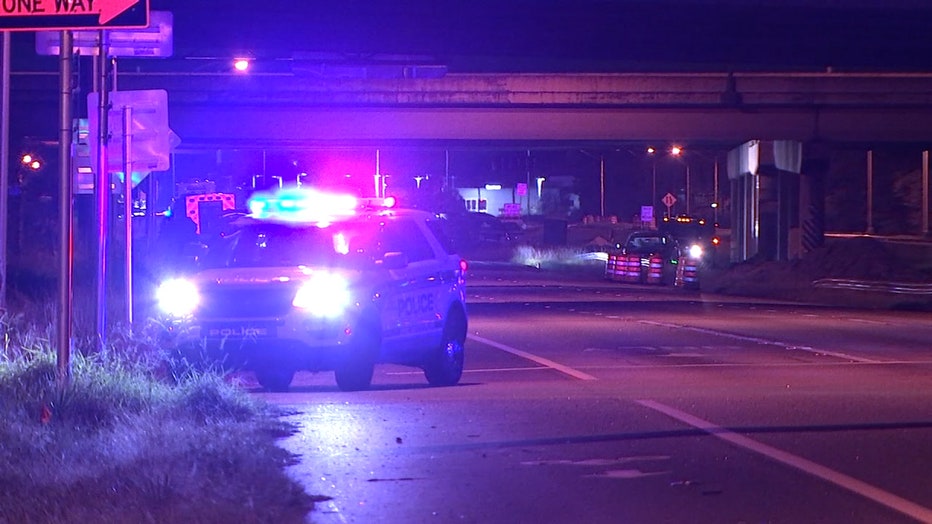 Negotiations lasted about five hours. He said Perkins refused to communicate with officials on the scene.

"We tried to contact him through cell phone as well as the armored vehicle we used to go back and forth," Kovacsev said. "He essentially put himself in the backseat of the truck. He put the child near or on top of him. A couple of times he used the child as a shield. At no point did he try to speak to us." 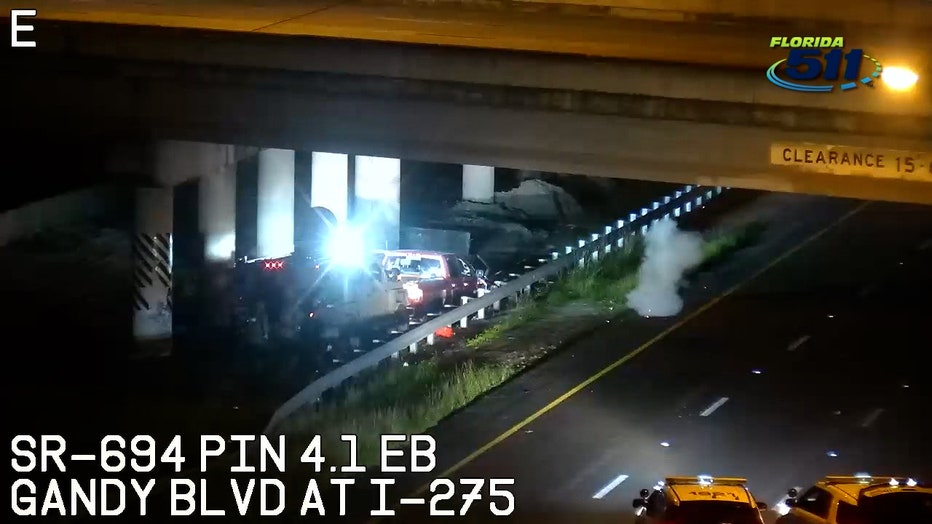 The view from an FDOT camera shows what appears to be a flash bang used just before a SWAT team approached the red truck where a father barricaded himself with his 3-year-old son.

Initially, negotiators believed Perkins had a firearm, but then noticed he had a pair of scissors.

"He utilized a pair of scissors and held them very close to the child’s back of neck and head," Kovacsev said. "We decided to extract the child out and the SWAT team moved in and remove the child safely." 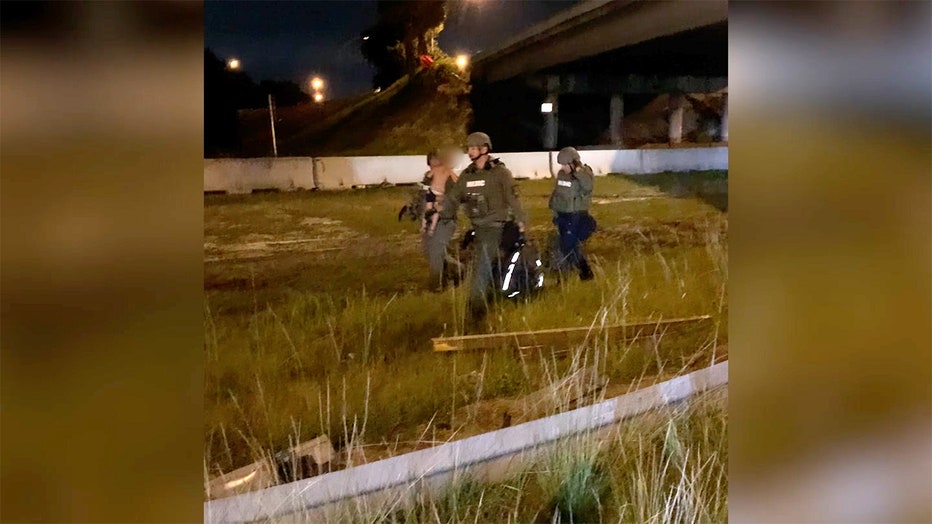 "Spot," a robot dog that the police department introduced earlier this year, was used to keep an eye on the Perkins and the child.

"It was a tremendous asset. It allowed us to get a video feedback to make these decisions, so we can be safe not only for them but for us," the assistant chief explained. "The fact is that all that matters is the child is safe."