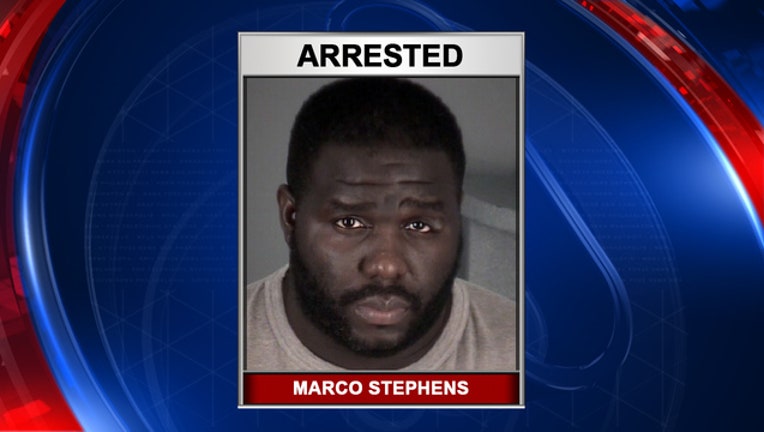 WESLEY CHAPEL (FOX 13) - A man covered in blood, allegedly a result of killing his wife, approached a Pasco County sheriff's deputy in the parking lot of a gas station at 4 a.m. Friday, according to Action News JAX and the Pasco County Sheriff's Office.

The sheriff's office says the deputy was walking back to his cruiser in the parking lot of the Race Trac on State Road 56, in Wesley Chapel, when 29-year-old Marco Stephens appeared.

Stephens allegedly made "incriminating statements about a crime in Jacksonville."

He also told the deputy he was suicidal.

Instead, Stephens turned himself in. The Jacksonville Sheriff's Office traveled to Pasco County to arrest Stephens for the murder of his wife, Ashley Stephens.