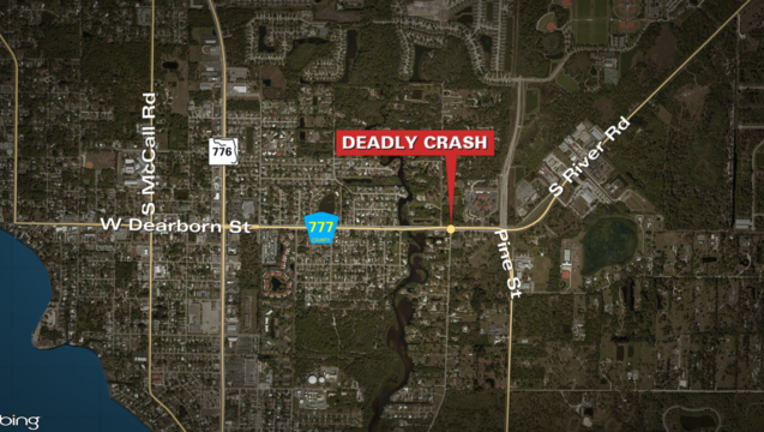 ENGLEWOOD (FOX 13) - A man was killed and two children are in critical condition after a deadly crash in Englewood.

The crash happened Saturday just after 5 p.m. at Dearborn Street and Oxford Drive.

The Florida Highway Patrol said 58-year-old Thomas Stapleton was driving his Mazda northbound on Oxford Drive when he ran the stop sign at Dearborn Street. Stapleton crashed into the side of a Ford Fusion and his vehicle overturned. Troopers said Stapleton was killed.

The driver of the Ford, 45-year-old Denise Tapalaga, suffered serious injuries. Her passengers, 9-year-old Matthew Tapalaga and 11-year-old Kevin Tapalaga, were both taken to All Children's Hospital in critical condition.