Fort Worth arson investigators are looking for the man who tried to set a hotel clerk on fire during what the motel calls attempted robbery.

FORT WORTH, Texas - Fort Worth arson investigators are looking for the man who tried to set a hotel clerk on fire during what the motel calls attempted robbery.

The brazen incident happened Sunday night at the Budget Host Inn in the 3700 block of Tanacross Drive on the north side of Fort Worth.

Surveillance video shows the suspect pouring some sort of liquid out on the counter and some of it spills over into where the clerk is.

The suspect, motel representatives said, apparently claimed he was going to set the clerk and the building on fire if his demands of cash being handed over weren’t met.

Fort Worth fire officials said the clerk did suffer some burns from the fire but he is expected to be okay.

“He was fast. He was able to duck back and he had on clothing that resisted igniting immediately,” Sims said. 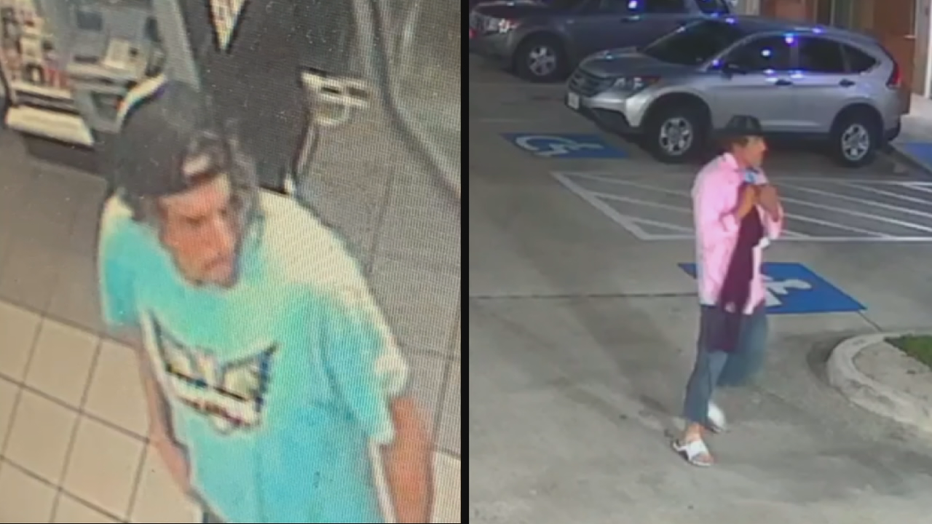 A look inside the motel Tuesday showed a singed and partially melted phone as the most visible damage.

The suspect took off and is still on the run. Arson investigators hope someone in the public will recognize him. Surveillance cameras captured images of the man, including afterward when he tried to change his appearance.

“He had on a hat that was backwards and he turned it inside out and put it on forward and he changed the color of his clothing by putting on a pink button-down shirt over the T-shirt he’s been wearing, a turquoise colored T-shirt,” Sims said.

He left the hotel in a white, four-door car that investigators believe is a Honda Accord with a sunroof and rear spoiler.

Anyone with information should contact the Fort Worth Fire Department at 817-929-8735 or Crime Stoppers at 817-469-TIPS to remain anonymous.

Man tried to set clerk on fire during robbery attempt

Fort Worth arson investigators are trying to find the man who they say tried to set a clerk on fire during a robbery attempt. They've released some startling video of the crime.