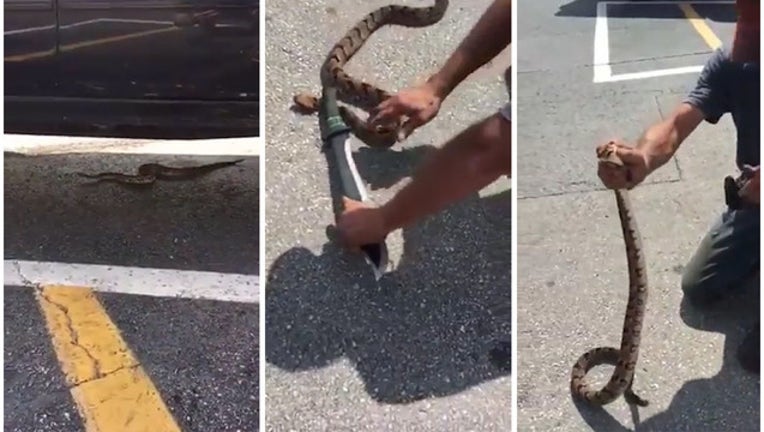 The video shows the moment the man grabbed the snake after it was spotted under a shopper’s car at a Target store in the city of Beaumont on Monday.

The clip was captured by onlooker Lucien Pipps. He told Storyful the snake was soon after taken to Gator Country, a wildlife rescue service in Texas. KFDM subsequently identified the man in the video as Gator Country co-owner Gary Saurage.