"Everybody went to running in the back, I’m kind of in shock as to what’s going on," said Danielle Lally.

Danielle Lally was inside the Walmart on State Road 64 in Manatee County. She rushed to help the manager.

"That's when I seen the blood on down his leg, his pants were wet and he had a puddle around his foot," she said.

An off duty Manatee County Deputy walked in just as the gunman left. He worked with Lally to make a tourniquet from a store t-shirt.

"He had the one side and I said pull it as hard as you can and I pulled mine as hard as I could and pulled it tight," she said. 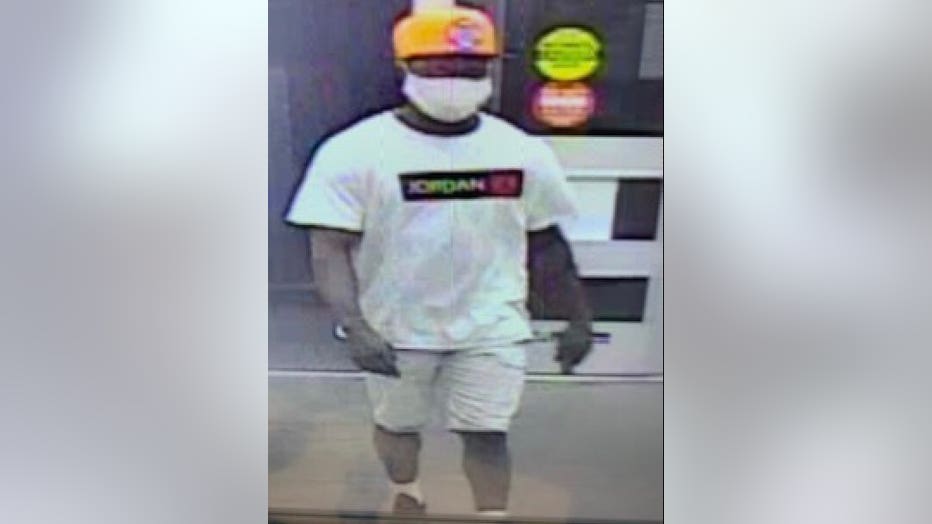 Investigators in Manatee County are searching for two suspects after a Walmart store manager was shot, and they believe they are connected to two other armed robberies in the county.

Deputies said the attempted robbery at Walmart occurred around 9:39 p.m. Tuesday. They said the two suspects entered the store, located at 6225 State Road 64 in Bradenton. Both suspects were described as black men. One was wearing an orange hat, a white shirt, white shorts, a white mask and black shoes.

The second suspect was wearing a black long-sleeve sweater, blue jeans, black shoes, and a headcover with a white hat that read the word, "Gators."

One suspect demanded money from a clerk behind the counter, but she said she couldn't access the money and called for a store manager. 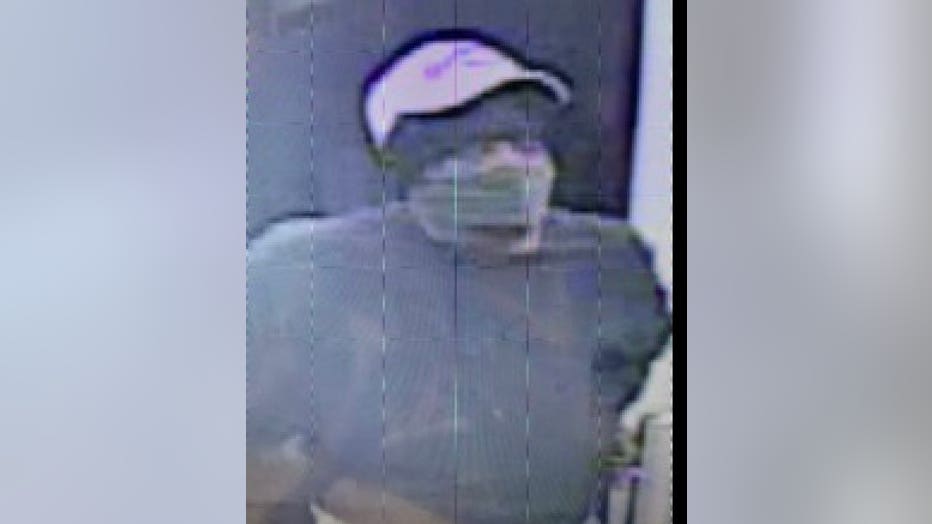 Officials said the second suspect was acting as a lookout nearby. The store manager arrived, and the suspect demanded money from him.

According to the sheriff's office, the manager refused, and the suspect pointed the firearm at his head while making the demand again. However, the store manager said, "no."

"The first suspect appeared to hesitate on what to do next and quickly ran to the east exit and the second suspect nonchalantly followed them," according to the agency. "The manager followed the first suspect, but that suspect fell to the ground as he attempted to run out."

Both suspects fled in an unknown direction. As they left, an off-duty deputy entered the store, spotted the suspects, but was not aware of the incident, officials said. When he entered, employees informed the deputy of the shooting. 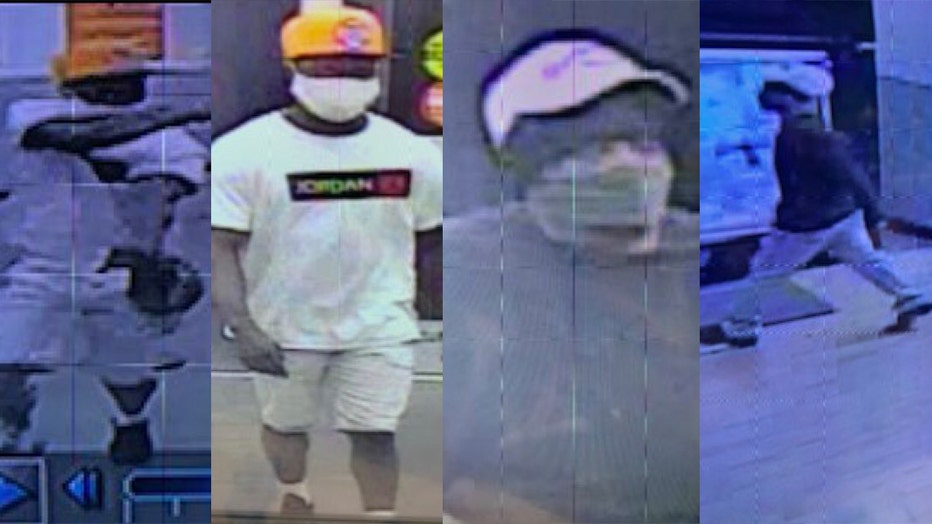 The sheriff's office said the deputy made a makeshift tourniquet for the manager's leg. The victim is expected to be okay.

Responding deputies and a K9 could not locate the suspects Tuesday night. They may have fled in a vehicle.

Officials said they are likely connected to an attempted robbery at a Publix in Palmetto and a Dollar General, located at 1508 32nd Avenue East in Bradenton.

"We believe that these are the same suspects, they fit the description and this is helping us in terms of collecting evidence," said Randy Warren with the Manatee County Sheriff's Office.

In Palmetto, detectives said a suspect was bold enough to try and rob a Publix store during the daylight hours. 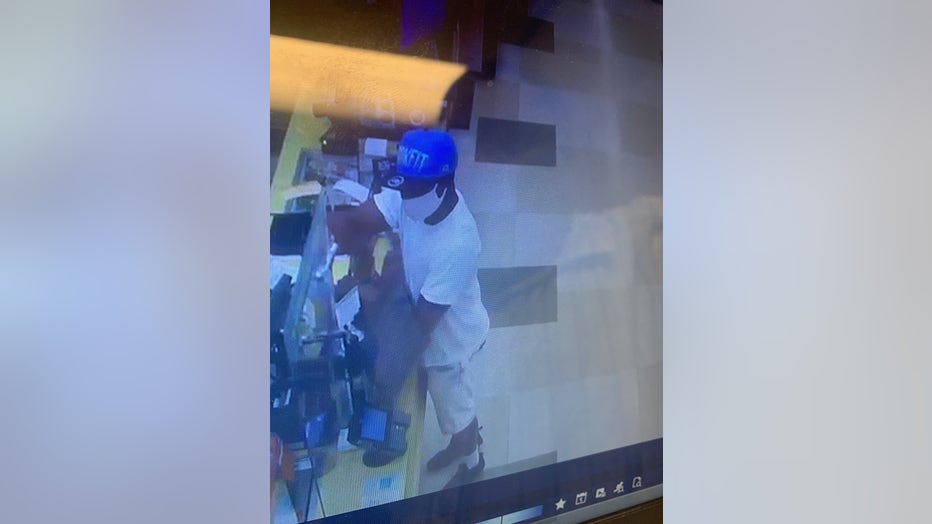 Police released a surveillance image of the suspect, saying he entered the Publix, located at 1101 8th Avenue West, around 4:30 p.m. Tuesday. They said he demanded money from a cashier and pistol-whipped her before fleeing empty-handed.

The cashier had injuries to her head, detectives said, but wasn't seriously hurt.

Both deputies and Lally hope the suspects are caught sooner than later.

Police said he was armed with a stainless or silver pistol and was last seen running north on 9th Avenue West.

Anyone with information on any of the three cases is asked to call Manatee County Crime Stoppers at 1-866-634-8477 or submit a tip online at www.manateecrimestoppers.com.