The expansion project has been over two years in the making. On Thursday, Tampa's Hard Rock unveiled the new grand entryway -- which was nothing short of a show-stopper.

"When you make the decision to expand, it's always a very happy moment," said Jim Allen, International Chairman for Hard Rock. "Getting to this milestone with the new front desk, the new opening of the escalator and the atrium is something very significant for us."

The gold and glass entrance not only kicks off the $700 million expansion, but it is now the new home for Elvis Presley's iconic 24-karat gold leaf grand piano.

Elvis originally bought the piano for his mother in 1955, but it was put in storage for ten years following her death. Eventually, Elvis's wife, Priscilla Presley, decided to cover the piano in 24-karat gold leaf finish to give to Elvis as a Christmas gift to celebrate the couple's first wedding anniversary.

%INLINE%Elvis's grand piano sets the stage for the rest of Hard Rock's stunning expansion, which is now just months away from completion.

The newly-built hotel tower adds over 500 spacious guests rooms. Some rooms even boast a sky-high view of one of the hotel's most exciting new additions.

"A whole new pool deck which we refer to as the beach club, with three different pools, ya know, high energy," described Allen.

The expansion also includes a new salon and spa along with a dozen high-end restaurants.

However, there's still something for everyone -- including the guests who would rather stop by for the rock instead of the roll.

"Most importantly, we're adding live entertainment concerts to the facility, which we haven't been able to do for many, many years," said Allen. "Our goal is to have somewhere between 80 to 125 concerts on an annual basis."

The expansion is even helping to boost the Tampa economy.

The official grand opening is set for October 3. However, the hotel already has brand-new rooms available on four floors of the hotel tower. 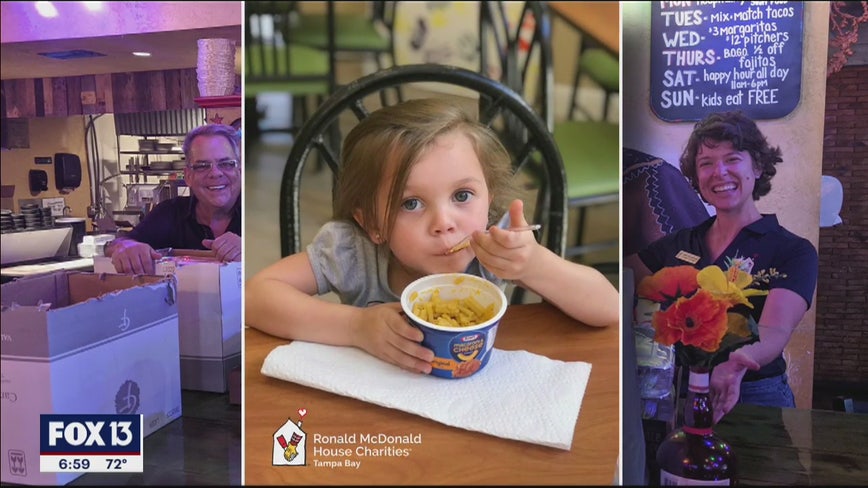