“We wanted to bring the access to the population that is most concerned right now,” Pinellas County commissioner Charlie Justice explained.

From Tuesday through Saturday, 11 a.m. to 7 p.m., anyone wanting to get tested for COVID-19 can do so there, for free.

“This is a massive site; more testing, more staffing available. We want people to take advantage of it, it’s really important. Hopefully the supply will meet the demand,” Justice continued. 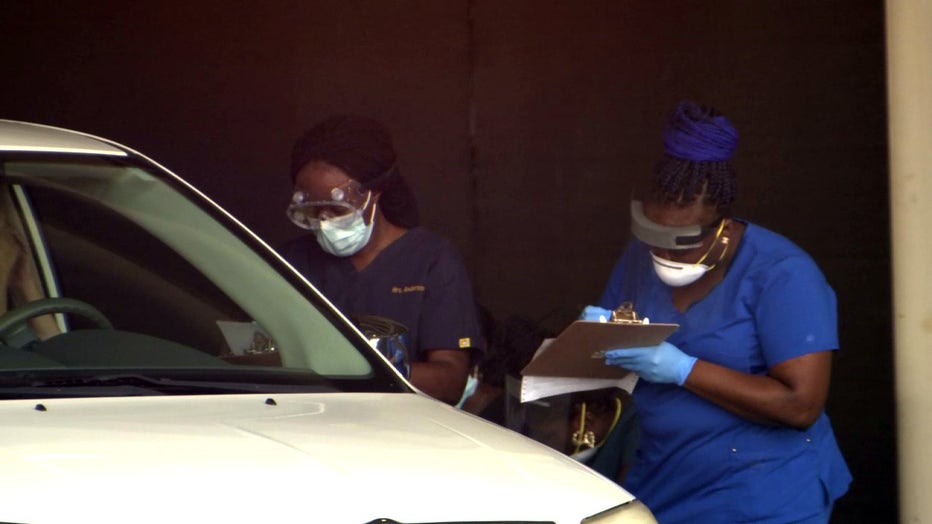 “We’ve been working with the state to get a site like this for quite a while,” Justice continued. “Ever since Raymond James [Stadium’s testing site] opened, we’ve been trying to get a similar site in Pinellas. With the numbers looking like they are, the state finally responded, and we’re very appreciative for that.”

Expecting to test anywhere from 1,000 to 1,200 people a day, Justice believes with the state’s assistance, they won’t run out of supplies.

“If we see the first day or so, we’ll have to make some adjustments, but we expect to have the supply to meet the demand,” he added.

These test kits are not rapid tests. The county says expect your results in two to three days.