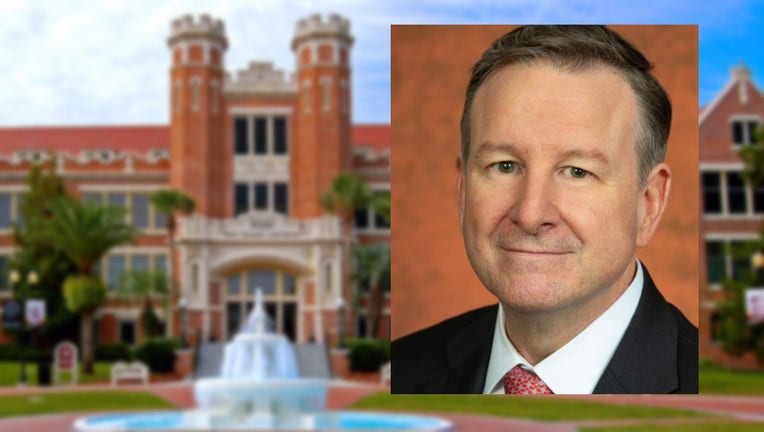 McCullough topped two other finalists who hold high-ranking posts at the University of North Carolina and Tulane University. As Florida State strives to climb into the top 10 public universities in the nation, McCullough told trustees that a focus on students is paramount to reaching the goal.

"It’s all about the students and student success," McCullough said Monday. "You focus on getting them good jobs, focus on making sure that your graduation rates are great."

If the university recruits high-quality faculty members and supports them when they get to campus, McCullough said "the rankings take care of themselves."

Trustees voted unanimously to select McCullough after a daylong meeting in which the board interviewed the three candidates. The trustees will negotiate a contract with McCullough in the coming weeks, and the state university system’s Board of Governors will have to approve the selection to make it final.

Robert Blouin, executive vice chancellor and provost of the University of North Carolina, and Giovanni Piedimonte, vice president for research at Tulane University, were the other finalists. Trustees said making the selection wasn’t easy, lauding all three candidates as highly qualified.

"All three of these candidates were outstanding. And how do you differentiate them? Because they all have skills, they all have the technical abilities," trustees Chairman Ed Burr said following the selection.

Ultimately, McCullough won the trustees’ votes, in part, because of his perceived "fit" with the campus community.

"It did seem to most people that Dr. McCullough had the right fit, the right mentality, the right personality to work best with this administration, this faculty, and this group of folks at Florida State University," Burr said.

McCullough worked at Carnegie Mellon University for nearly 20 years and attained posts as high as vice president for research before going to Harvard in 2012.

Florida State student body President Nastassia Janvier, who also is a university trustee, said McCullough’s personality was one of the reasons he was selected, adding that he "took the room" during his interview Monday.

Janvier also said McCullough’s research background and ability as a fundraiser make him a good fit for the presidency.

Florida State professor Eric Chicken, a member of the Board of Trustees, said he took to McCullough’s "modest and friendly demeanor," and was impressed with McCullough’s achievements after a modest upbringing.

"He has a strong entrepreneurial spirit, and of course that’s something we’re trying to grow here at FSU. And we’re all impressed by his rise from community college to Harvard," Chicken said.

McCullough also said he intends to balance the goal of advancing academic initiatives on campus with the school’s high-profile athletic programs.

University officials told The News Service of Florida that a "transition timeline" will be worked out for McCullough to take the helm. The university system’s Board of Governors’ next meeting is scheduled for June 22.

Thrasher, a former state House speaker and senator who became FSU president in 2014, announced last year that he planned to retire.

Heavy attention focused in recent weeks on state Education Commissioner Richard Corcoran’s bid to replace Thrasher. But a search committee did not include Corcoran on the shortlist of three candidates.