TAMPA, Fla. - A Tampa-based treasure hunting company says it was scammed by a man with a padded resume and a Peruvian death mask.

Attorney Craig Huffman says the mask may be Peruvian, but it’s not ancient.

“It was probably a tourist thing you would buy if you were in Peru," explained the attorney for Seafarer Exploration.

The treasure hunting company filed suit against Michael Torres, of Melbourne, for fraud. The lawsuit, filed in Hillsborough County, says Torres told Seafarer he received a doctorate degree from Duke University and a Purple Heart from being injured in Afghanistan, where he served two tours with Army intelligence.

According to the lawsuit, Torres also told Searfarer he could build a revolutionary machine to find gold and silver buried on the seafloor. 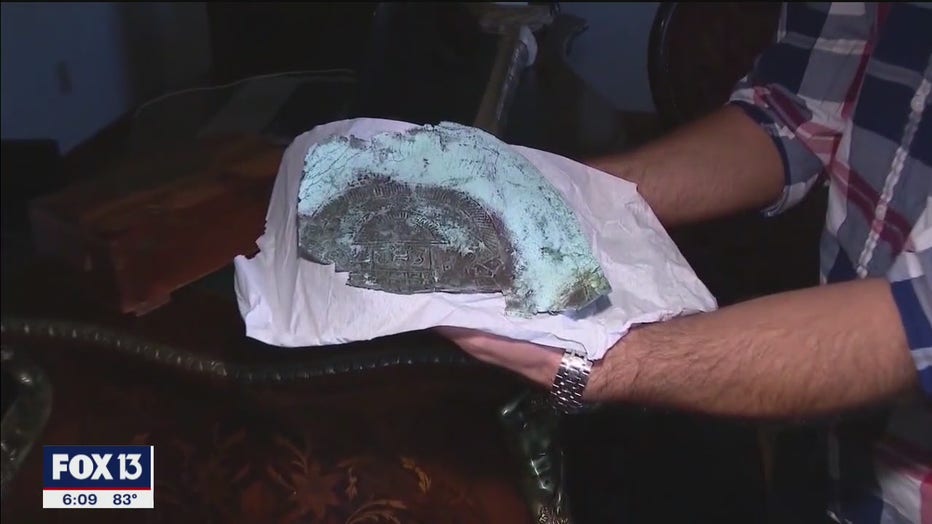 “When a guy starts telling you what a scientist he is and what a war hero he is and how decorated he is, you tend to want to believe him,” said Seafarer Exploration CEO Kyle Kennedy.

The suit says Seafarer compensated Torres with more than 60 million shares of its publicly-traded stock, worth more than $500,000, along with $96,000 in salary and more than $6,000 in travel reimbursements.

Seafarer wants the stock back, the salary and travel compensation returned, and punitive damages against Torres.

Huffman says by the time Torres showed the death mask to members of the media in February, Seafarer officials already suspected he was a fraud.

“But when he stepped in with a group of real technical people, they could tell it was basically gibberish,” Huffman said. 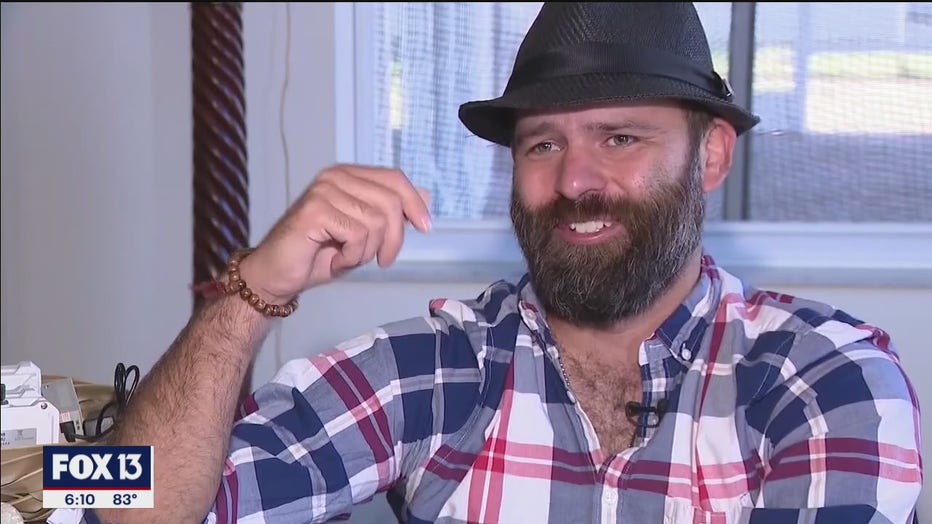 Michael Torres during an interview in February

In the lawsuit, Seafarer says it contacted Duke University, which said Torres did not receive a degree from the institution. According to a records request, he never served in the military, either.

FOX 13 was unable to contact Torres for comment on the lawsuit, but he told the Tampa Bay Times that Seafarer exaggerated his qualifications to make the business look better.

“I have my own evidence,” he told the Times. “It will all come out in court.”