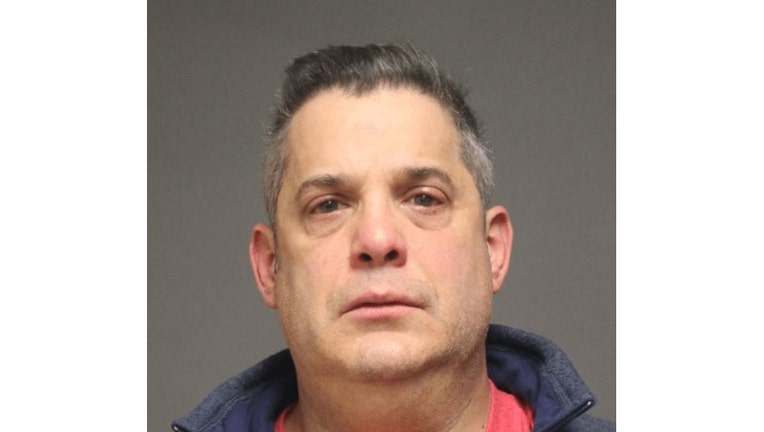 James Iannazzo was fired by Merrill Lynch after he was caught on video yelling at employees at a Connecticut smoothie shop. (Photo courtesy of the Fairfield Police Department)

WASHINGTON - A Merrill Lynch advisor was fired following a tirade at a Connecticut smoothie shop where he yelled at employees, threw objects and refused to leave, according to the Fairfield Police Department.

James Iannazzo purchased a smoothie from Robeks and left the store without incident. At 1:39 p.m. ET Sunday, he called 911 requesting an EMS response to his home for his son who was suffering from an allergic reaction and was later taken to an area hospital, the report stated.

Iannazzo returned to Robeks and confronted employees, yelling at them while demanding to know who made a smoothie which contained peanuts, causing his son to have the allergic reaction. According to police, when employees couldn’t provide Iannazzo with an answer he became "irate, yelling at employees and using expletives."

Iannazzo threw a drink at an employee which hit their right shoulder. He also made comments toward another employee mentioning their immigration status.

The incident was filmed by someone behind the counter of the store, and it was posted to Twitter by user @thatdaneshguy where it’s been viewed over two million times. Warning, the video contains explicit language. In the video, Iannazzo is in the store angrily speaking to the employees. "I want to speak to the f**** person who made this drink. Is that you?" "F**** stupid f***** ignorant high school kids. I want to speak to the f**** manager."

He then hurled the smoothie at the shoulder of one of the employees and continued arguing with them before leaving.

Authorities said Iannazzo was asked to leave multiple times but stayed inside the store and continued to yell insults at the workers. He then tried to open a locked door that led to an "Employees Only" area where the workers were behind the counter.

The Fairfield Police Department received numerous calls just before 2:30 p.m. Sunday from employees at Robeks that a customer was throwing things, yelling at employees and refusing to leave, according to the police report.

Iannazzo left the store before officers arrived but was later identified. He turned himself into police and informed officers that he was upset about his son having a severe allergic reaction, and he returned to the store.

According to police, employees reported that Iannazzo never notified them about the peanut allergy and only requested that no peanut butter be added to his drink.

Merrill Lynch spokesperson Bill Halladin confirmed Monday morning that Iannazzo is no longer with the company and provided the following statement to FOX. "Our company does not tolerate behavior of this kind. We immediately investigated and have taken action. This individual is no longer employed at our firm."