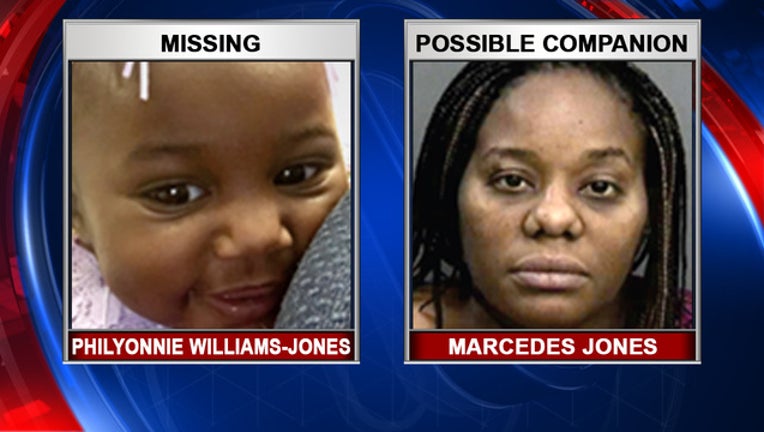 TAMPA, Fla. (FOX 13) - Deputies in Hillsborough County say a baby missing from the Tampa area has been found safe.

According to the sheriff’s office, Philyonnie Williams-Jones had last been seen Tuesday in the 8000 block of Shady Wood Drive, but they did not specify the circumstances of her disappearance. They thought she could have been in the custody of Marcedes Jones.

Deputies issued a missing child alert around 10:30 a.m. But just before 4 p.m., they said Jones and the baby had both been found safe in Pasco County.

No other details were available.