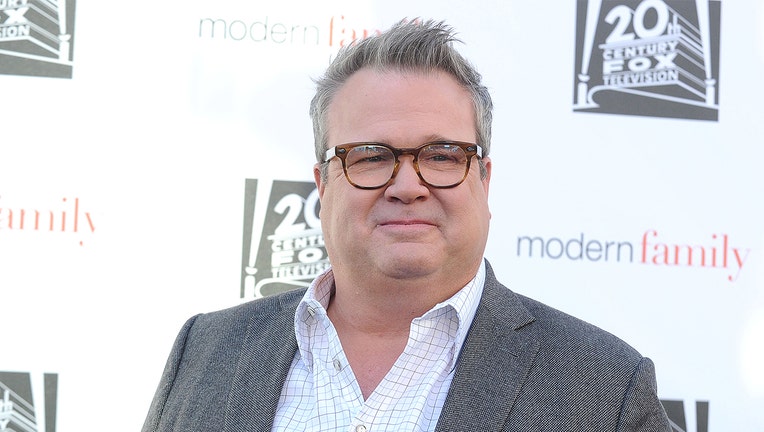 "Modern Family" star Eric Stonestreet took some time before Christmas to honor the legacy of his father, who died last month.

It all started when Stonestreet, a two-time Emmy winner who played Cameron Tucker on the comedy series that ran for 11 seasons, had the idea for the donation, the station reported.

"I reached out to Farmland Foods to see if maybe they would give us a deal on, or match a purchase of hams," Stonestreet wrote in an Instagram post. "Their response was, ‘No, but how about we give you 600 hams?’

Stonestreet announced on social media in November that his 80-year-old father, Vince Stonestreet, had died after a battle with chronic myeloid leukemia, FOX 4 reported.

In the Instagram post, Stonestreet said his father "wanted nothing to do with social media" and probably would have objected to all the attention.

The actor went on to describe his late father as someone who was "honest, smart, funny."

"He lived by a clear code of what was right and how to treat people," the son added.

After obtaining the hams, Stonestreet and his family were joined this week by police officers from Kansas City and Leavenworth, Kansas, and people from the Police Athletic League in Kansas City, Kansas, in donating the food, FOX 4 reported.

Afterward, Stonestreet thanked Farmland Foods for providing the hams, and the Kansas City, Kansas, police, in a Facebook post, thanked the Stonestreet family for inviting them to participate.