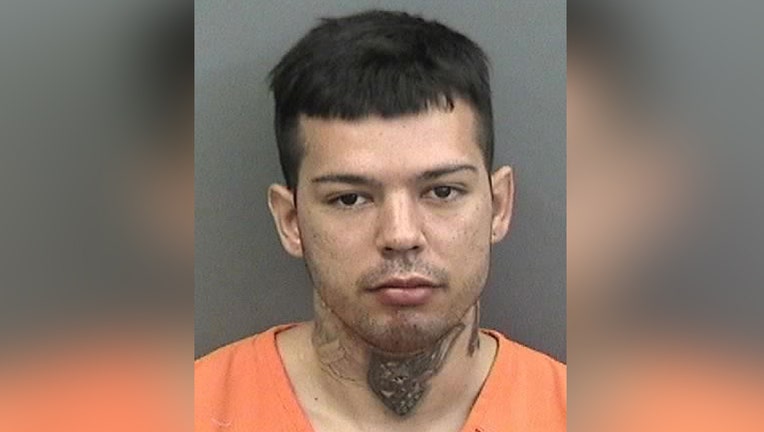 TAMPA, Fla. - Hillsborough County deputies arrested Gabriel Martin, 24, after he allegedly broke into a Tampa hotel room and tried to kidnap a child.

The Hillsborough County Sheriff’s Office said it received a 911 call around 9:41 a.m. on Sunday from a woman who said an unknown Hispanic man entered her hotel room and tried to take her child.

When deputies arrived at the scene, they located Martin, who was hiding in the shrubs of a nearby business park and arrested him.

"Thankfully, the mother and child were not hurt during the course of this incident," said Sheriff Chad Chronister. "As a parent myself, I can't imagine the fear this mother was in when the suspect tried to take her child away from her. He will be charged to the fullest extent for his crimes."

Martin faces charges of kidnapping, burglary of an occupied dwelling with battery, and violation of probation. He was already on probation for possession of MDMA and armed burglary charges out of Manatee County.