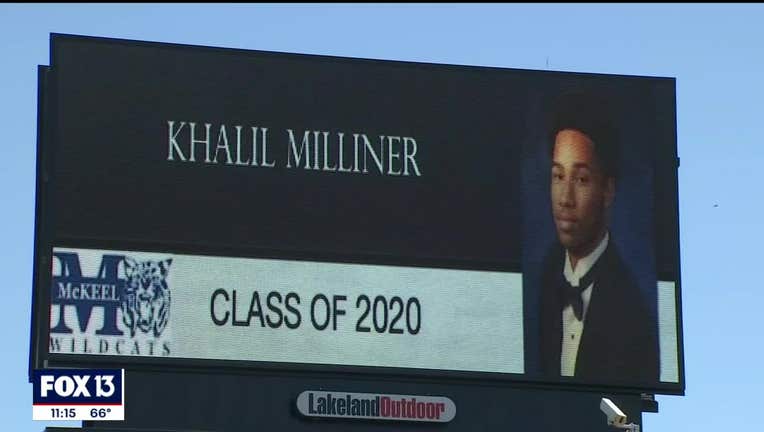 LAKELAND, Fla. - The ads on the digital billboard above the Dairy Queen at the intersection of Lyle Pkwy. and Broadway in Bartow rotate for five minutes before the loop starts again.

Khalil Milliner couldn't believe it when he saw his.

He is graduating from McKeel Academy in Lakeland, and would have been without fanfare if not for his mother, Lori's idea.

"Proud is not the word," she said. "I am beaming with pride. My son, he is truly a spectacular kid."

With graduation ceremonies canceled, she wanted to make sure his story was still told: 3.2 GPA, community volunteer, basketball captain and dreams of playing ball in college while he works towards a degree in psychology or sports management.

"I just wanted to see the look on his face that we did do something to honor his accomplishment," she said.

She got the idea while working as a delivery driver.

She noticed a sign in a customer's yard honoring her own son for graduating from the same school.

When the customer told her she worked for Lakeland Outdoor advertising and would give her son some facetime 35 feet in the air, she couldn't say no.

Is Khalil embarrassed his mom is shouting his name from the rooftops? 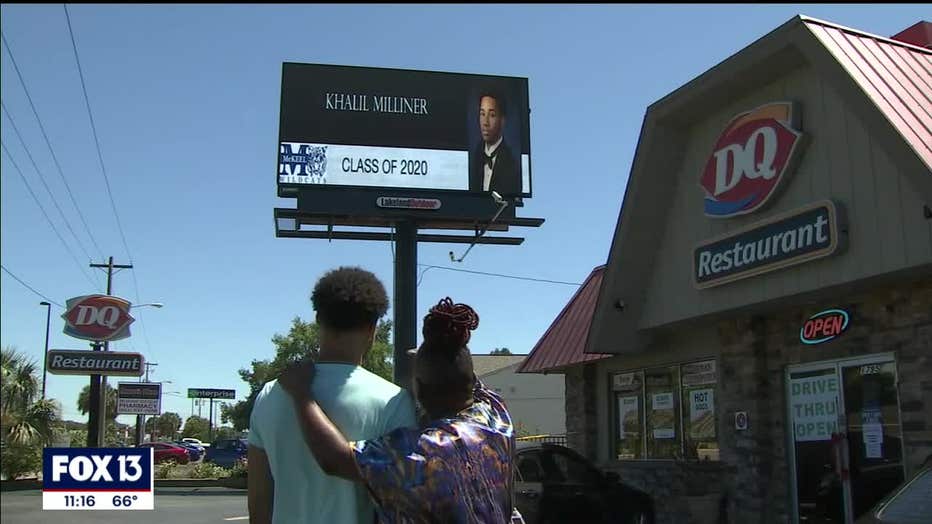 "I was kind of like umm," he said. "But not having a graduation and everything, I kind of appreciate it a lot."

It's an ad for a mother's love, with 288 square feet-worth of congratulations.

Lakeland Outdoor says his picture will be up there for several weeks. And they are willing to have other families request congratulations messages as well. Their website is http://www.lakelandoutdoor.com/.