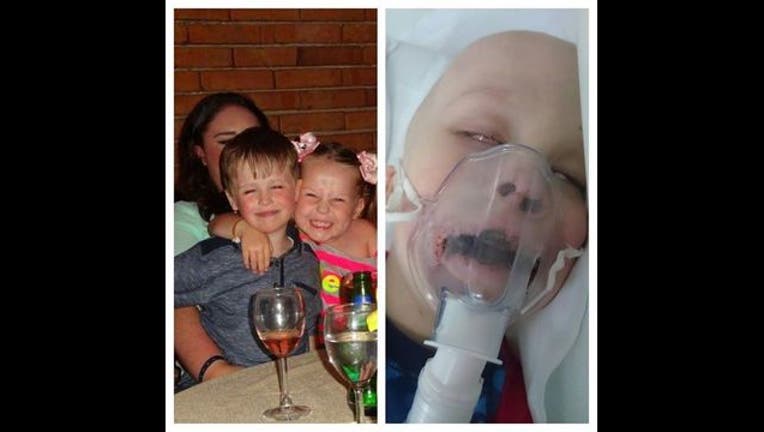 SPEKE, LIVERPOOL (WTXF) - A mother of a four-year-old boy shared a photo of her son’s heartbreaking three-week battle with cancer.

Judy Willans shared the photo of her son Ben, who is battling stage-four neuroblastoma. The photo, a side-by-side image of Ben pre-diagnosis and then during treatment, shows his devastating decline in such a short time.

“How can life be so cruel and do this to an innocent boy in such a short time,” she wrote. “Cancer u are one utter (expletive)!! I hate u!!”

According to the Mirror, Doctors have said that there is only a 30% chance the chemotherapy will be successful. Even if treatment is successful, there is an 80% chance that the cancer will return.

A trial treatment in America could help Ben if chemotherapy is unsuccessful, and his family is currently raising funds in the event he needs to travel to the United States.

A friend of the family, Stacey Savage, who started a giving page to raise money for the treatment, told the Mirror, “He’s got stage-four neuroblastoma which means its spread to other parts of his body such as his bone marrow. Ben’s feeling quite poorly and doesn’t understand what’s happening. His mum’s tried to explain that his hair will fall out with chemotherapy.”

If chemotherapy is successful for Ben, the family says they will transfer the money raised to another child battling cancer.