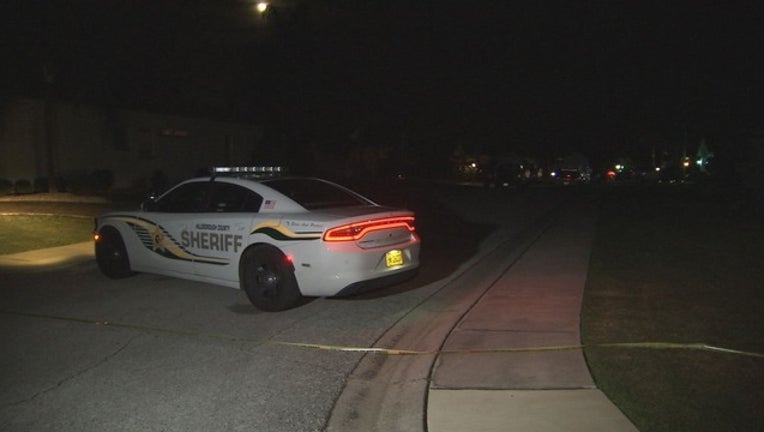 SUN CITY CENTER (FOX 13) - Another murder-suicide case is being investigated in the Tampa Bay area, this time in Sun City Center.

When deputies arrived, they found a man and woman, who are husband and wife, deceased inside the home. Investigators believe it is a murder-suicide. The couple has not been publicly identified.

It would be the fourth murder-suicide in one week.

Earlier in the week, a Hillsborough County deputy killed his wife and himself in their Pasco County home. The shootings occurred while the couple's children were home.

Around the same time in Manatee County, James Bennett killed his wife and her teenage daughter before turning the gun on himself.

In the third case, a Pasco County couple was found dead Tuesday at Shepherd's Beach Resort on Clearwater Beach. They had checked in to the hotel the day before, police said.

The latest murder-suicide remains under investigation by HCSO.