The 7-year-old, who authorities said was stabbed 25 times, was transported to a nearby trauma center and was expected to survive.

HENDERSON, Nev. - Authorities in Nevada released body cam footage and the disturbing 911 call in a recent officer-involved shooting in which a mother was fatally shot by police after she allegedly stabbed her 7-year-old son dozens of times.

The boy called 911 on Oct. 21 in Henderson to report the incident before the call was disconnected, according to FOX 5 Vegas. The Henderson Police Department released video of the incident, including the chilling 911 call (Warning: The footage is disturbing).

“My mom is trying to kill me,” the boy can be heard telling dispatchers, and then later pleading with his mother not to hurt him.

In the video, a woman’s voice, identified as the mother, can also be heard giving the 911 operator the building number before the line is disconnected. Video shows the operator attempting to call the number back, but no one answers.

Police officers responded to the apartment, located in the 10700 block of South Eastern Avenue, and found the young boy with “apparent stab wounds and an agitated adult female.”

“A struggle ensued” with the woman, later identified as 37-year-old Claudia Nadia Rodriguez, and shots were fired, according to the Henderson Police Department. 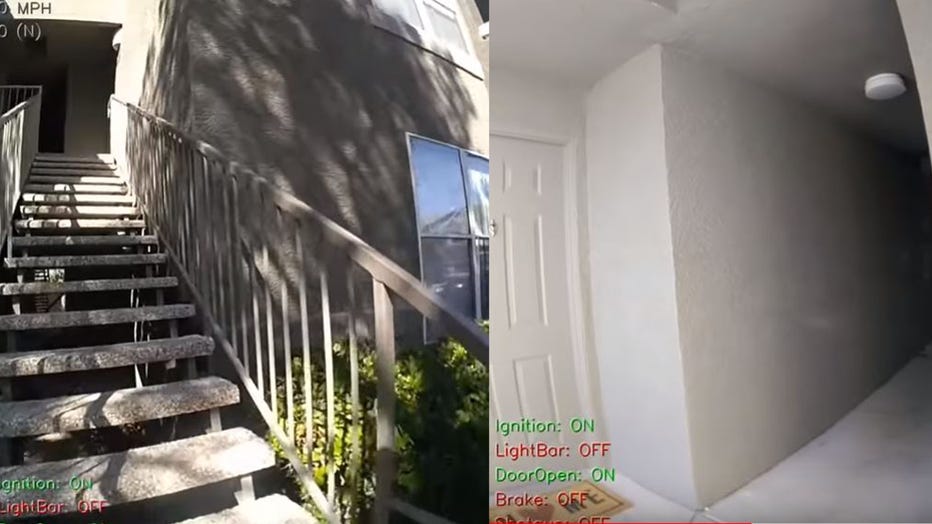 Police said Rodriguez was able to obtain one officer's service weapon and allegedly fired one round during the struggle. No officers were injured during the incident.

The child, who authorities said suffered 25 stab wounds during the ordeal, was transported to a nearby trauma center where he underwent emergency surgery. Authorities said he was expected to survive.

Rodriguez was transported to an area hospital in critical condition, where she later died.

“The city of Henderson Police Department recognizes that this tragedy will have lasting effects on everyone involved,” authorities said in the video, adding that the investigation was ongoing.