SARASOTA, Fla. - Outside Lido Beach, a green sign tells a story of a fight for a simple right.

"It was a hard struggle, but it was a necessary struggle and to watch your parents and friends go through that it’s something you never forget," said Walter Gilbert.

Walter Gilbert is a historian with Newtown Alive. He was only a baby at the time, but the beach was off-limits to his family because of the color of their skin.

"They had had enough with the county as far as us not being able to use the beaches, they had been going there for years and years to try and negotiate some type of conclusion for that problem," he said. 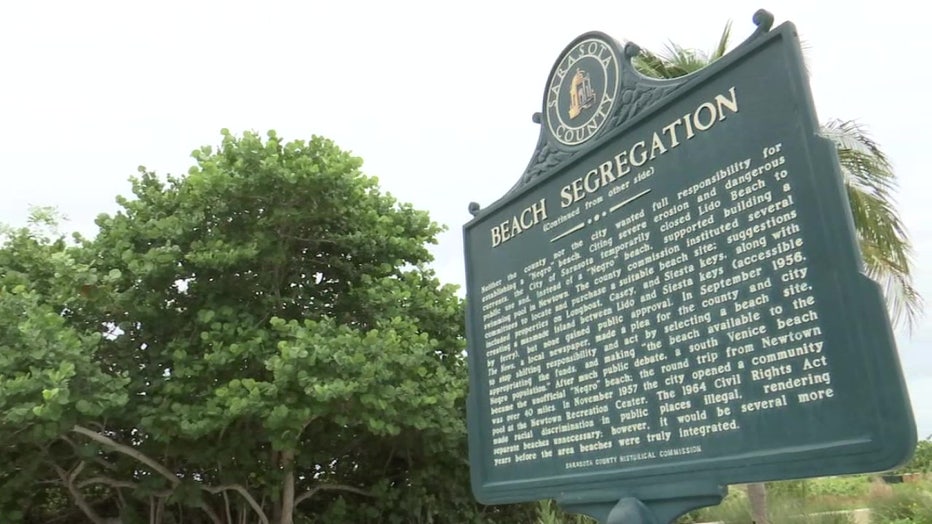 Instead of offering beach access, Sarasota County built a pool for Newtown residents. To have their voices heard, in 1955 Sarasota's NAACP president, Neil Humphrey organized beach caravans and wade-ins with residents. The caravans continued for 10 years.

"They knew they had to right a wrong and they did it in that manner to make sure notice got brought to that situation and something got done about it, it was without rioting and burning things down," Gilbert explained. 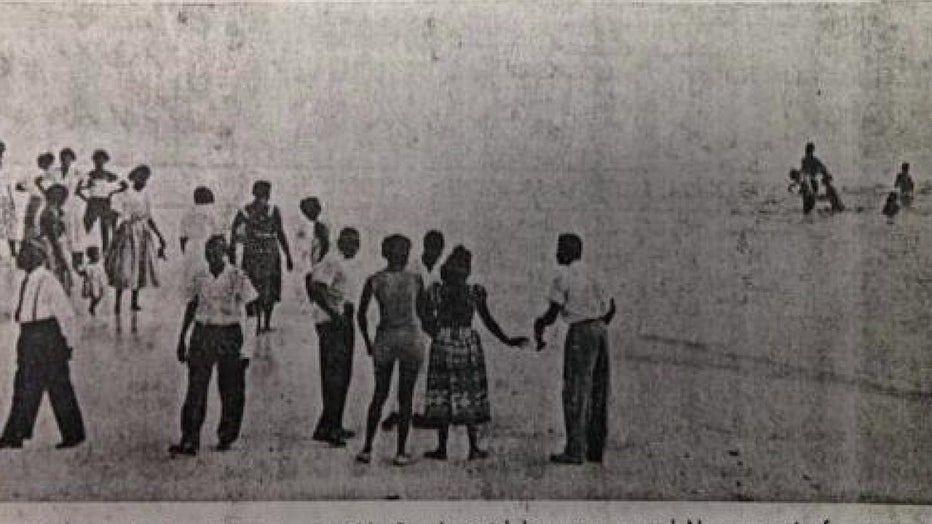 The ride from Newtown to Lido Beach was one filled with nerves, strength and courage. On Saturday morning at 11 a.m., Gilbert and Vicki Oldham will join a reenactment of the 65th anniversary of the caravans.

"It's going to be jubilation and a special feeling then anytime we can bring the activists together, it’s like a reunion. And then it will be special for those who hadn't really grasped the story or dealt with it in a personal way," said Vickie Oldham the founder of Newtown Alive.

A mural at Lido Beach sits as a reminder to visitors. 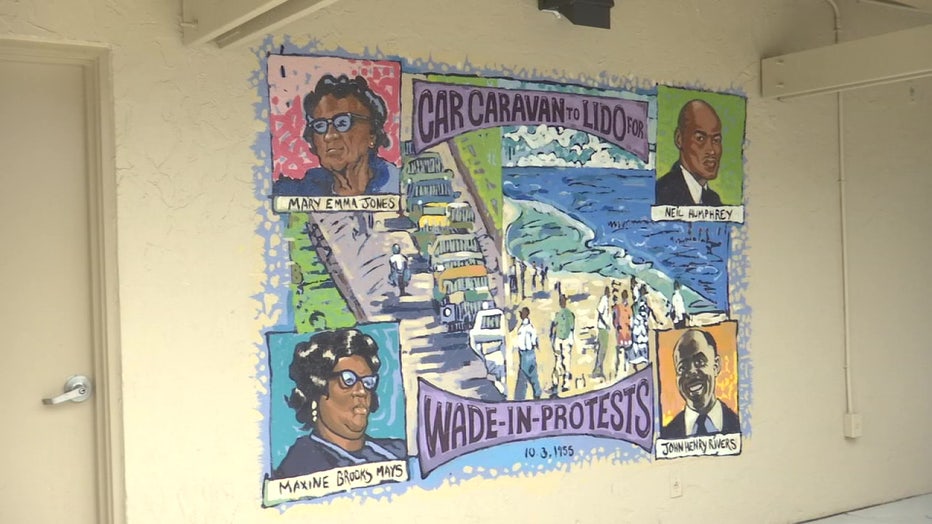 "They'll pass by this marker, stop, stare at it, look at this picture and understand," said Oldham.

The determination and efforts to never give up and the right to fight for a change.

"We are honoring those people because they made this community better not just for black people, but for everybody," said Oldham. 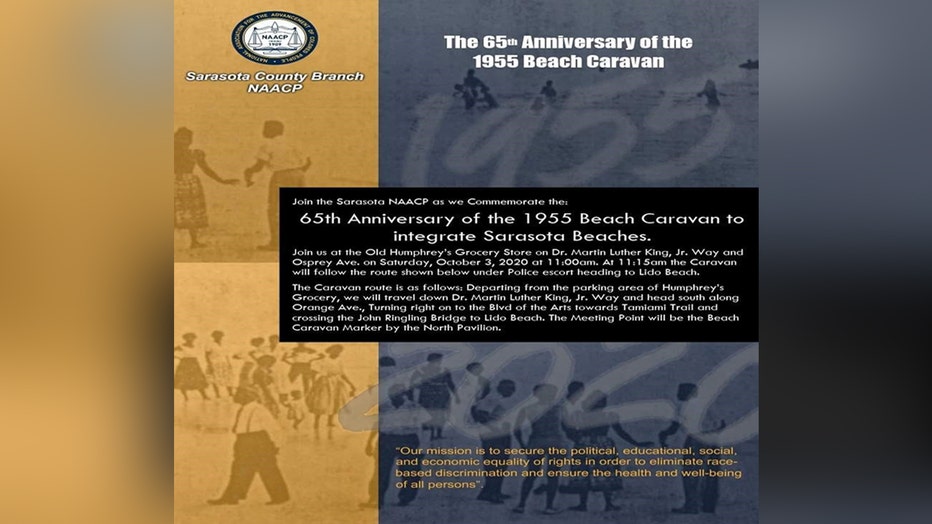 Participants will meet at the Old Humphrey's Grocery Store on Dr. Martin Luther King, Jr. Way and Osprey Ave. Sarasota police will escort the caravan to the Beach Caravan Marker by the North Pavilion.