Astronauts began a several-hour spacewalk on Thursday morning, Dec. 2, as they set out to replace a broken antenna on the International Space Station, NASA said. (Credit: NASA via Storyful)

WASHINGTON - An antenna broken on the International Space Station was replaced by two astronauts Thursday morning, according to NASA.

In a Twitter video posted by NASA, astronauts Thomas H. Marshburn and Kayla Barron conducted the work on the antenna after NASA officials received a "debris notification" near the station.

Antenna repairs were made during a spacewalk scheduled for Nov. 30.

NASA said the antenna was flown to the station 21 years ago, making it "quite old."

The ISS is a large spacecraft that orbits 250 miles above Earth. According to NASA, the agency uses the ISS to learn more about living and working in space. In October, the space station marked 20 years of astronauts and visitors who have visited the facility which is comprised of a lookout tower, three toilets, six sleeping areas and 12 rooms. 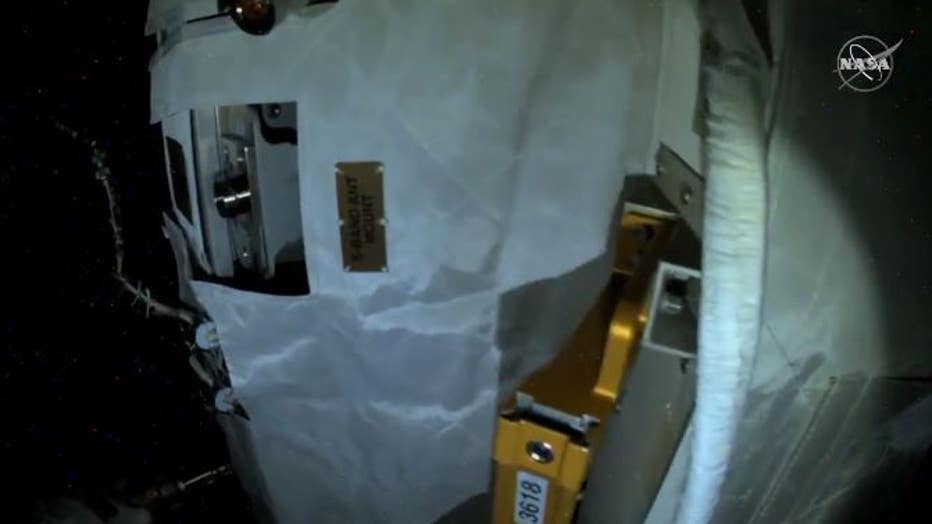 Mashburn serves as pilot of the NASA SpaceX Crew-3 mission to the ISS. It was the first space flight for Barron, a Navy lieutenant, who was added to the team in May, FOX Business reported.

She also went on to earn her submarine warfare officer qualification and deployed three times while serving aboard the USS Maine, according to NASA.