TAMPA, Fla. - The National Hurricane Center is currently monitoring an area of low pressure off the coast of Florida, about 200 miles east of Daytona Beach.

It is called Invest 90 and it has a 60% chance of development over the next two days.

Hurricane Hunters investigated the system on Saturday afternoon and found a broad area of low pressure, but did not designate it as a tropical depression.

FOX 13 meteorologist Tony Sadiku says that while the area of low pressure is over relatively warm water, it is currently battling upper-level wind shear which is keeping it rather disorganized with most of the convection south and east of the center on Saturday. 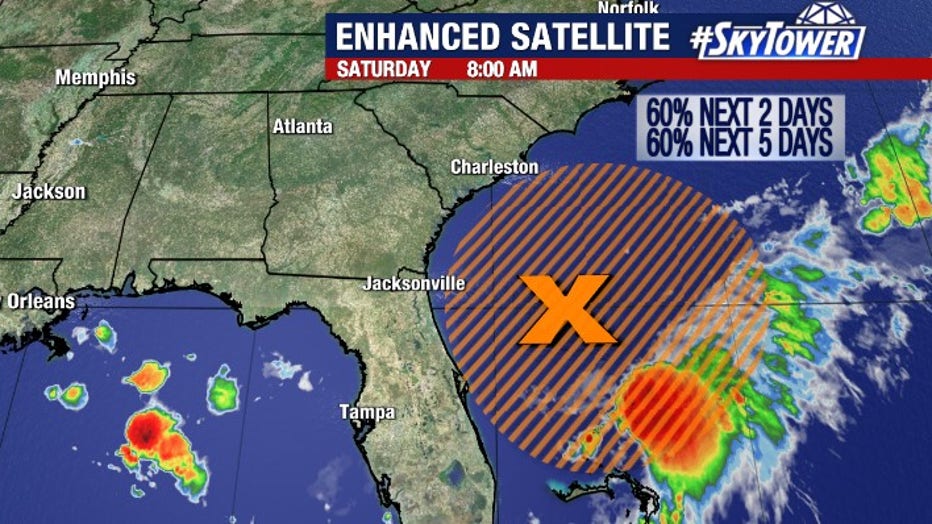 Environmental conditions are expected to become more favorable for development and a tropical depression could form over the next day or so, according to the National Hurricane Center.

On Saturday, Hurricane Hunters took a look at Invest 90, but did not designate it as a tropical depression. Should it develop into a named storm, it would be called ‘Fred’. 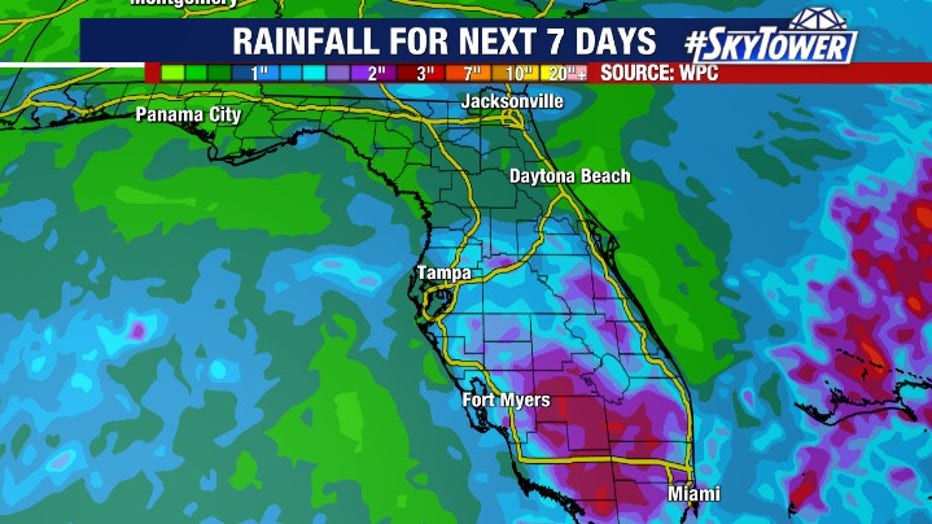 The low is expected to drift west over the state of Florida, emerging in the eastern Gulf early next week. As it does, it will turn our winds out of the south causing moisture to surge into the region. That will lead to higher rain chances for the first half of next week, especially across South Florida. 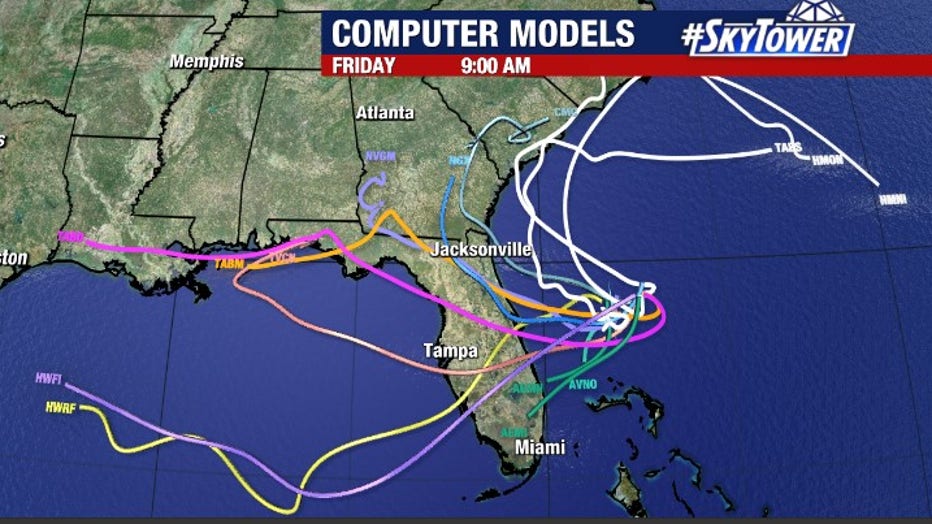