Suicide survivor: 988 will save lives

Instead of trying to remember the 800 number for the National Suicide Prevention Lifeline, 1-800-273-8255, all you’d have to do is dial 988. This push comes at a time when suicide calls go up during the holidays.

“I started having suicidal thoughts when I was 12 years old at least that's as far back as I can remember,” said Clay. When she was almost 19 years old, she said she tried to take her life and ended up in the hospital. 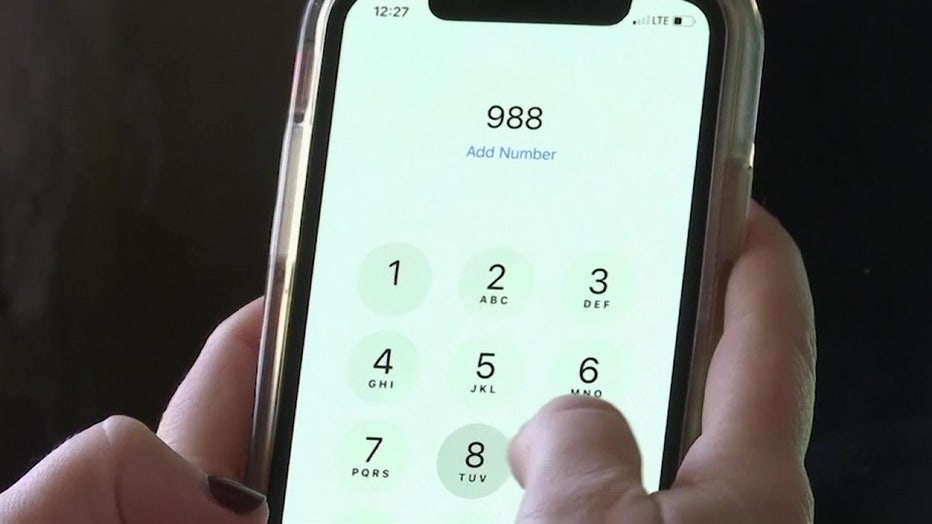 Clay said she received treatment for mental health and got well. As a survivor, she knows how important help is for those in a crisis, like remembering a simple, three-digit number to call.

“I think it's really important. I think that 211 is such a great thing here that when I tell people who don't live in Tampa about 211, they're like shocked and amazed,” said Clay.

MORE: FCC to set up a 3-digit suicide hotline number like 911

National leaders agree changing the nationwide hotline to 988 would be even better. The American Foundation for Suicide Prevention supports the move.

“At the moment of crisis, we want to make it as easy as possible to have a universal number across the country that people can remember to get connected to a crisis center,” said Bob Gebbia, the CEO of the American Foundation for Suicide Prevention.

And it would not just be any center, it would connect to your closest crisis center. For residents in Hillsborough County, calling 211 connects you to the Crisis Center of Tampa Bay. But there would be no wrong way to reach help.

“I think you should use the number that you feel the most comfortable with. Because the access is the important piece. We want to have that conversation with you,” said Mordecai Dixon, the director of organizational development at the Crisis Center of Tampa Bay.

And making it easier to have that conversation with a trained person can save a life.

The FCC’s approval of the proposed 988 hotline is the next step toward making it a reality. Congress is also voting on bills to re-designate 988 as the new number. Mental health advocates said there are also bills in the Senate and House for resources to fund local call centers.

“If you make it easier for people to call, we want to make sure there's a capacity to answer those calls, right? So people aren't waiting for someone to answer, put on hold,” said Gebbia.