A rescue group was able to round up about 12 of them, but officials want to figure out who would dump so many pets in the wilderness.

CARROLLWOOD, Fla. - About 20 domestic rabbits were dumped in a marshy area of a Carrollwood neighborhood Monday.

Video shows rescuers with Birds in Helping Hands trapping at least 12 of them after residents reported the strange sight. 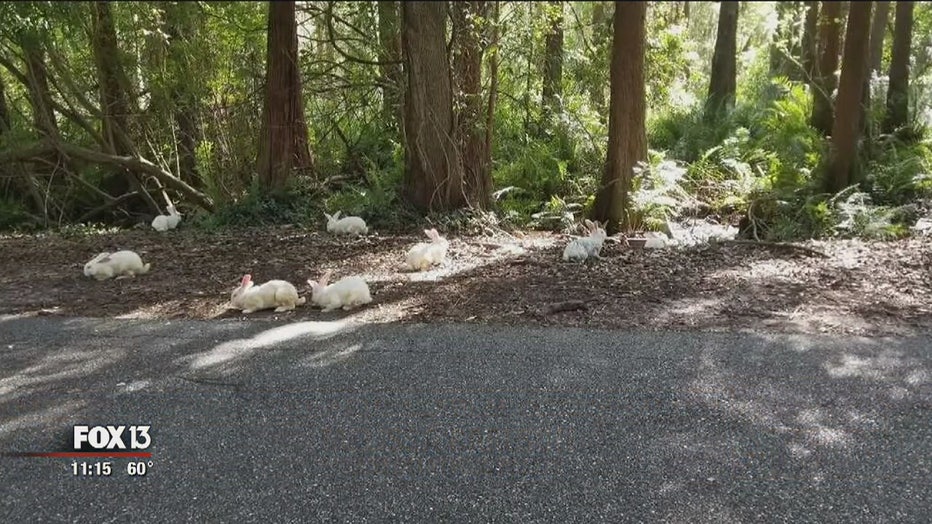 About 20 rabbits were found on the side of the road in Carrollwood.

"Very sweet, you could tell they were domestic rabbits," said Debra Abreut, who spotted the rabbits hopping along a marshy embankment.

Birds in Helping Hands, which usually deals with feathered creatures, is caring for the rabbits after local shelters said they had no space.

The organization says the rabbits will be spayed, neutered, and hopefully be paired up with loving owners.

Melissa Carlson, who rescued the rabbits with her son, said she was worried the rabbits wouldn't survive in the wild for very long, due to coyotes, dogs, and other predators. 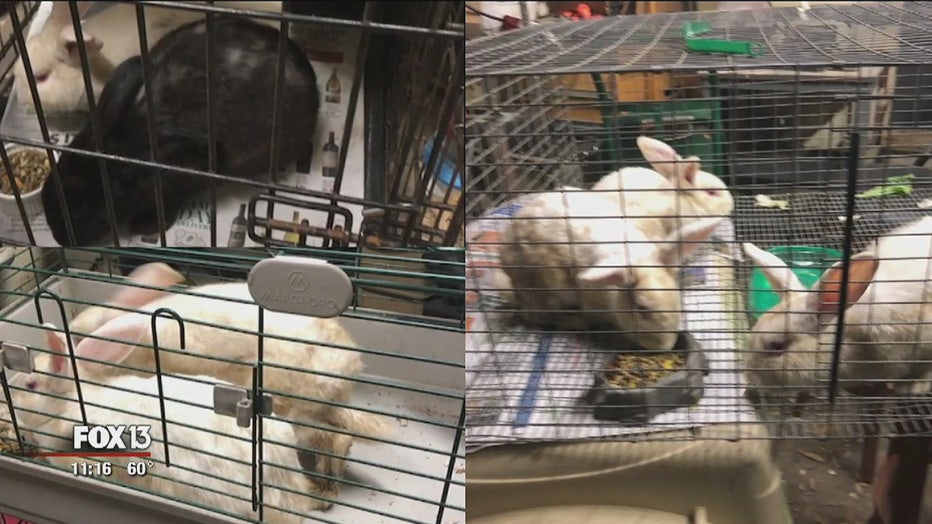 A rescue group rounded up some of the dumped rabbits. (Birds in Helping Hands)

"I want people to understand that there are places where you can call if you feel overwhelmed by your domesticated pets," Carlson said.