LAKELAND, Fla. - The last dairy in Polk County may become a subdivision soon. After being a dairyman all his life, owner Mike Carey finally wants to move on.

It has been a rough few years for Carey. Last year, a tornado hit the dairy, ripping off roofs and trashing several buildings.

Carey was already struggling with the rising cost of grain and lagging milk prices, so he wants to sell H.C. Dairy on Walker Road, just north of Interstate 4, to developers.

That’s had many of his neighbors up in arms. Two hundred locals signed a petition in opposition to Carey’s plan.

Andrea Salcedo says building a tightly packed subdivision a stone’s throw from her farm would ruin the rural nature of the area.

“I have goats,” she told FOX 13 as she turned and looked at them grazing contently.

“They have cows and horses,” she continued, gazing over at her neighbor’s property. 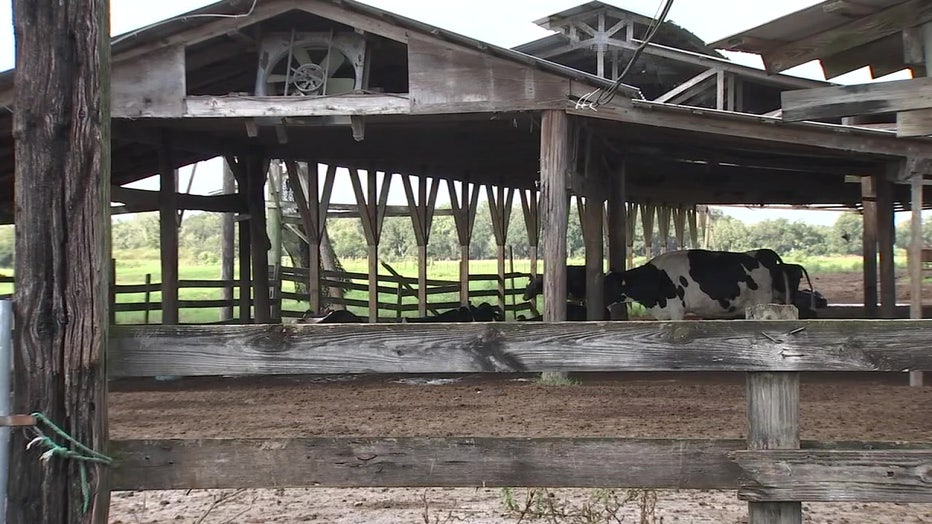 Salcedo is also worried that more people coming into the area could encourage the city of Lakeland to try and annex her neighborhood.

She thinks that could lead to possibly being forced to tie into city water and sewer, which could cost thousands of dollars.

Other neighbors are concerned that a new neighborhood could cause their flooding problems to get even worse.  Developers deny that, saying they plan to install retention ponds that would alleviate any excess water.

People who live nearby are also worried about more traffic on narrow country roads and the increased possibility of vehicle crashes.

Frustrated, Salcedo says she and other opponents are looking for a lawyer to possibly file a lawsuit.